Thanks to Patti for this week’s challenge. You can view Patti’s very informative post HERE.

END_OF_DOCUMENT_TOKEN_TO_BE_REPLACED

Thanks to Patti of Pilotfish Blogsite for her ‘Perspective’ challenge. Click HERE to view. Well worth doing so. END_OF_DOCUMENT_TOKEN_TO_BE_REPLACED

Go raibh míle maith agaibh (‘a thousand thanks’ in Irish Gaelic) to the four ladies who administer and set the weekly photo challenges. They are angels all!

One year of challenges has now just past and Patti has offered us a blank canvas this week with her Your Choice challenge. END_OF_DOCUMENT_TOKEN_TO_BE_REPLACED

MB had previously travelled to Malta in November 1989 to watch the (Italia 1990) World Cup football qualifier game between Ireland and the home nation. Ireland needed to win to qualify and did so 0-2, compliments of two John Aldridge goals. END_OF_DOCUMENT_TOKEN_TO_BE_REPLACED

Thanks to Patti for this week’s Street Art challenge.

MB was up at 5am this morning on the island of Malta for a photo tour with a local guide. Amongst the many great locations visited was the colourful fishing village of Marsaxlokk where the local Municipality are doing their bit to add to the local colourful culture.

The below shot Nr 1 shows the public seating along the quay painted in the same colours as the traditional Maltese fishing boats sitting in the adjacent water.

And what exactly are you doing in Malta MB??? 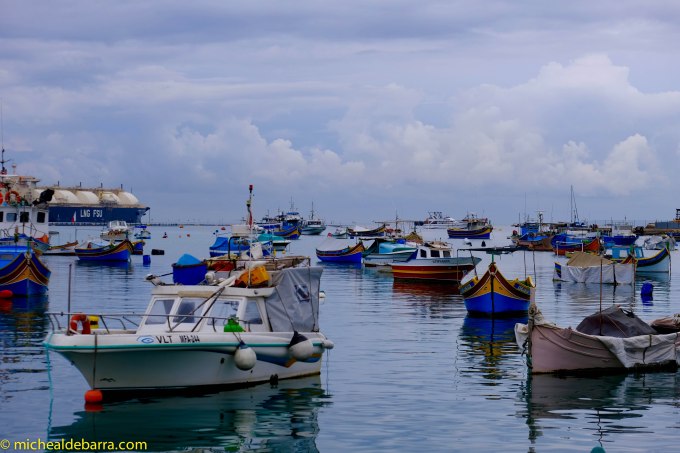 Lens-Artists Photo Challenge – Around the Neighbourhood

Thanks to Tina for this week’s ‘neighbourhood‘ challenge. MB certainly has his work cut out to match Tina’s shots from her spectacular Kiawah Island home!

Below are ten shots MB took when he was home a few months ago for Christmas break. The lake, located in MB’s Irish HX neighbourhood and around which the shots were taken, is called Lough Gur. Followers can check out loughgur.com if they are of a mind to do so. MB readily admits that it’s hard to take a bad shot in his neighbourhood, given nature’s spectacular canvas. 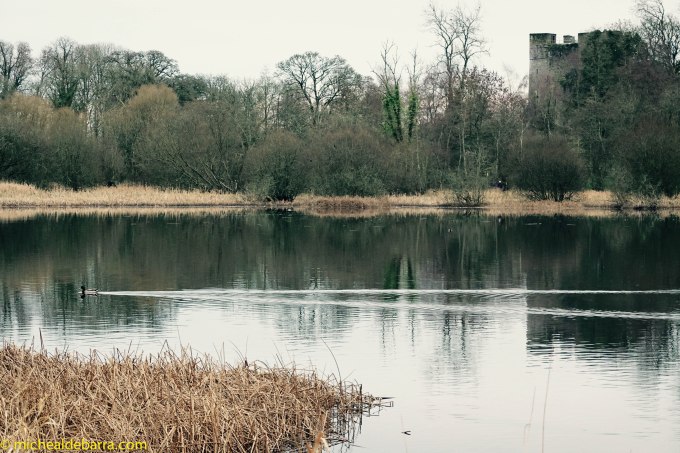 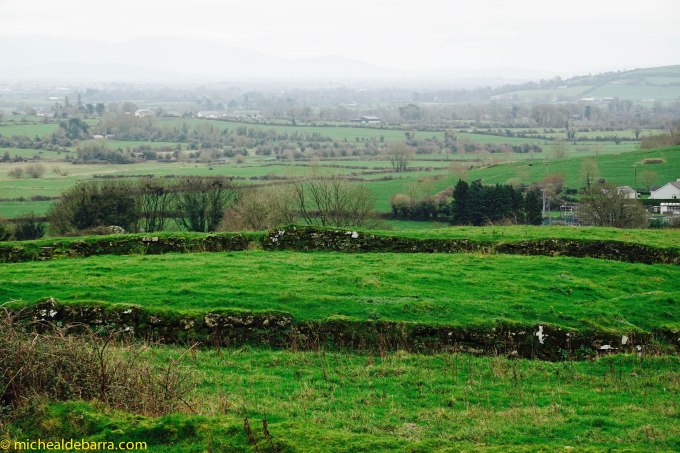 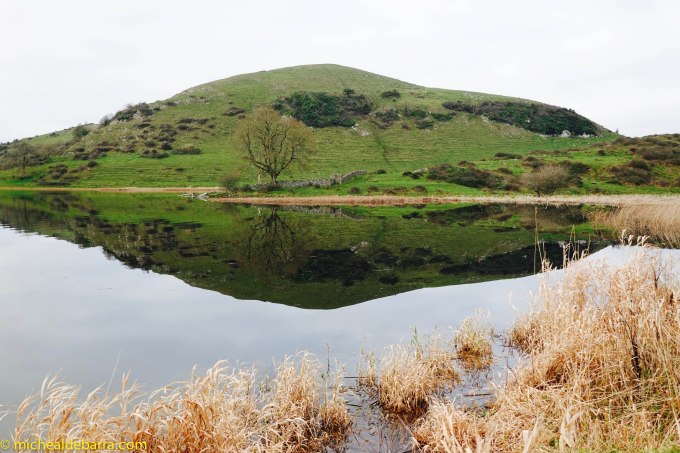 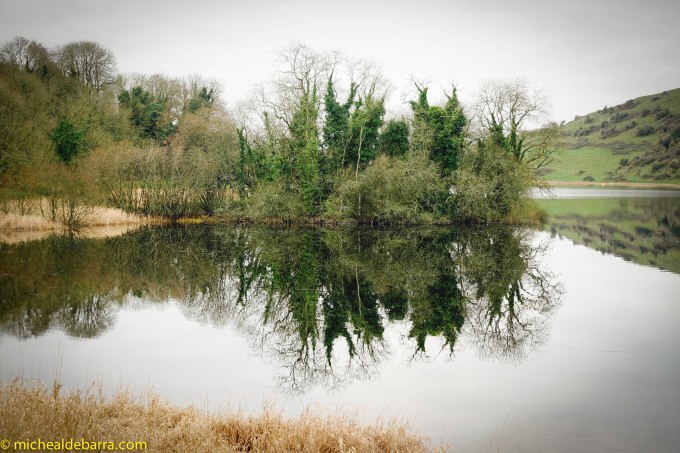 Thanks to Patti for this weeks photo challenge.

MB took a 3-hour photo tour around Amsterdam some 2 years back in the company of a local professional photographer. He was a tad embarrassed at the end of the tour and somewhat reluctant to take his fat fee, having learnt so much from Irish/Arab shooter MB. In the end, however, he got over his embarrassment, grabbed the cash from the outstretched hand of MB and stuffed it gleefully into his pocket, education and cash at the same time!

More seriously, if you are into photography, and find yourself in unfamiliar territory, it’s well worthwhile to release the purse strings a little and get a local to show you the sights. MB would never have captured some of the shots he took that morning without the knowledge of the local photo lad, whose name now escapes MB.

MB took this one from the rooftop cafe of a tall building close to Amsterdam’s main train station. The sun was still illuminating most of the city but dark clouds were looming. Five minutes later the heavens opened, and the city was drenched. 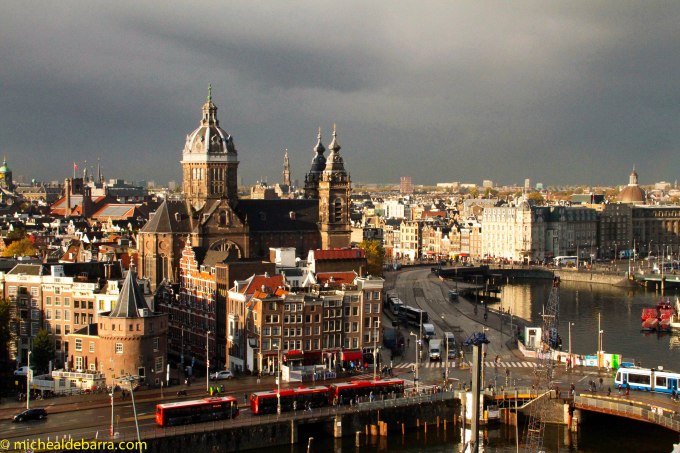 Scenes from the homeland – 2

For MB’s next-to-last Romania post, he is giving followers some sundry shots taken in various locations inside Bucharest and out, with a little commentary on some. END_OF_DOCUMENT_TOKEN_TO_BE_REPLACED

The Geneva waterfront is a hive of activity, in the evenings especially but also i the early morning. MB caught these two ladies relaxing and chatting at 7am in the morning, clearing the heads before the day ahead no doubt. And why were you out at 7am in the morning shooting photos MB? Well lads, it’s just the kind of thing MB does.

The Foto Friday selection this week is an MB shot from his trip home of a few weeks back. And it doesn’t come more Irish than this.

Two guys do a spot of fishing from a boat on Lough Derg lake, to the backdrop of a stone-built Round Tower, and an emerald green hill. 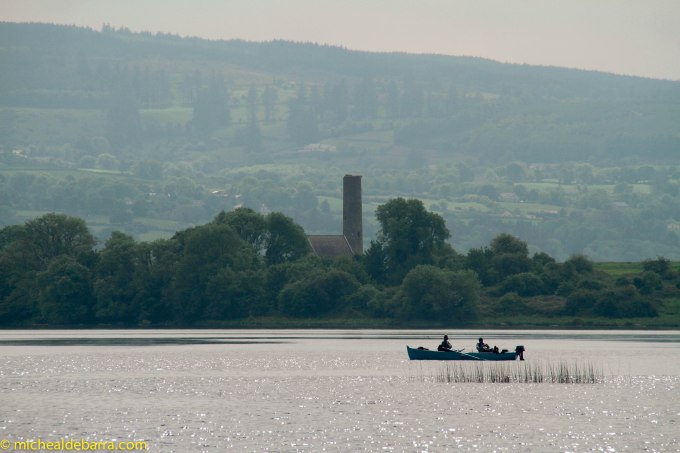 Just round the corner from Souq Waqif in Doha, there’s a camel and horse stables complex. Horses often sleep in the standing position. These three had just dozed off when MB captured them.

This incredible semicircle to full circle reflection-shot is taken from MB’s photo cave – one of his Amsterdam trip with daughter MB2 shots in November 2016.