Thanks to Patti for this weeks photo challenge.

Fox hunting, by means of horses and hounds, started in England some 500 years ago and has continued to the present day in Ireland and in a number of other countries. It was banned in Scotland in 2002 and in England & Wales in 2005. Interestingly, in these days of Brexit/Northern Ireland Backstop etc, fox hunting is still legal in Northern Ireland. Followers of the Brexit story will be aware that Northern Ireland Unionists are opposed to the backstop as they do not want NI to be treated any differently than the rest of the UK. The ‘fox hunting’ irony is obviously lost on them.

MB was out and about earlier today and caught the below shot from his car window. Being late afternoon, the pack of hounds and their Master were returning home after a day on the chase. 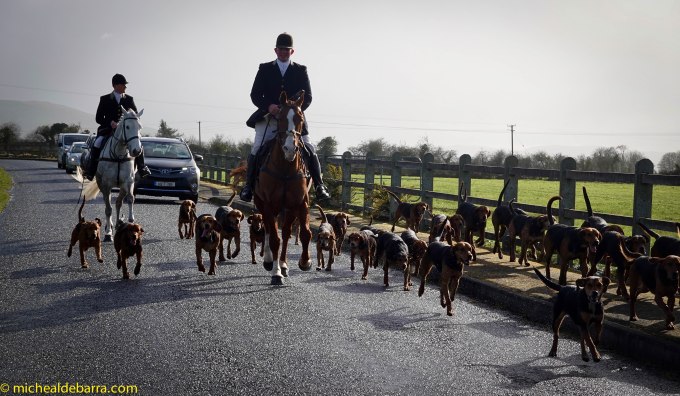 MB has already given followers a photo post on the Tretyakov Gallery in Moscow. So he doesn’t intend to discuss it further in text. Just click on the link to get the Wikipedia info on it if you wish to learn more. The stories behind many of the paintings are fascinating. And if you are ever lucky enough to visit Moscow please do not miss it.

Some photos to give you all a flavour: 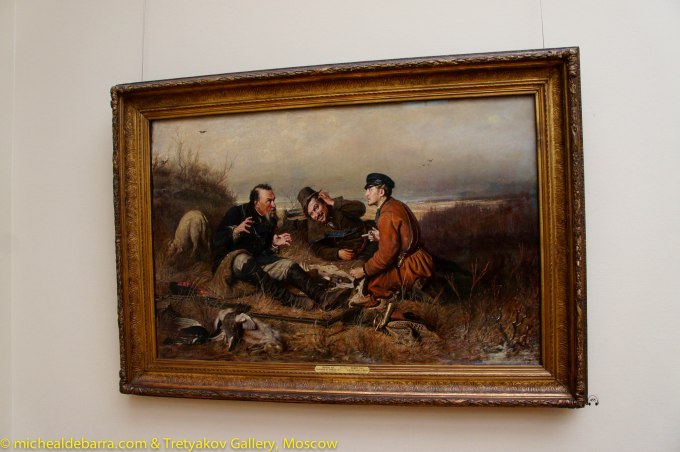 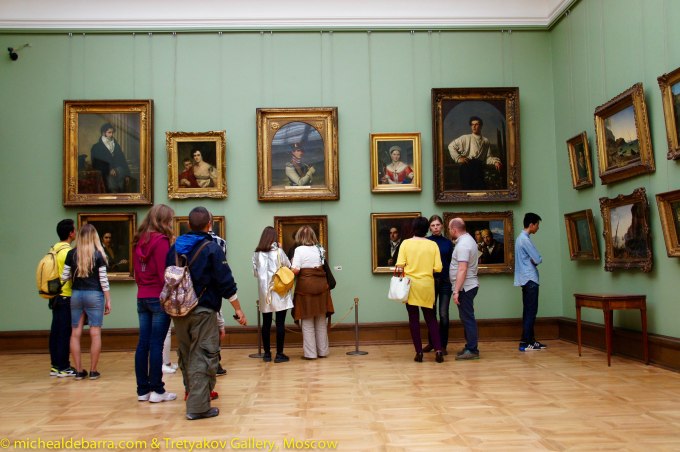 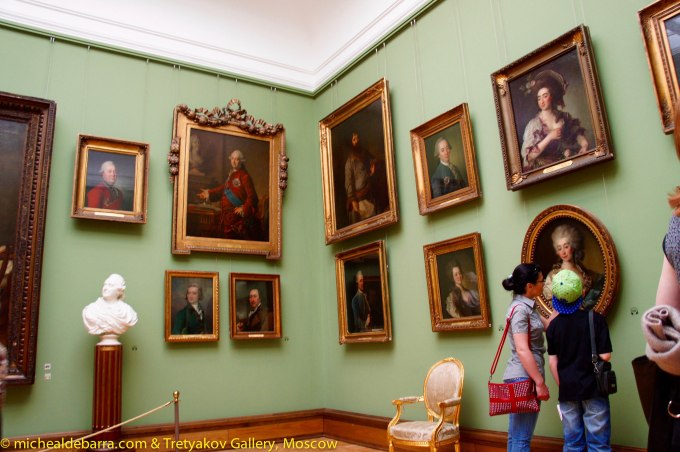 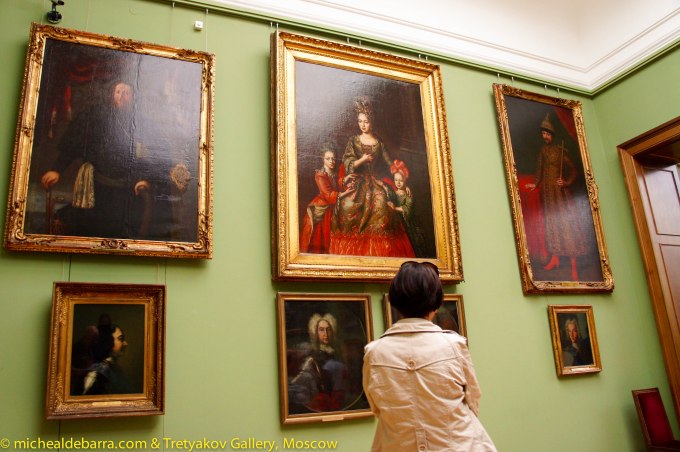 MB has oft mentioned Lough Gur lake in posts of his HX homeland. He has told you a little of the mystique of the lake, and the fact that one of the adjoining hills (called Knockadoon) is home to one of the four Irish entrances to the Land of Everlasting Youth, called ‘Tír Na Nóg’ in the Irish Gaelic. The entrance, as MB has also previously informed you, is secret and is known only to certain ‘Guardians’ (such as MB). It is also heavily guarded by the fairies, and it is no easy task to get past them. Beware of HX fairies dear followers. END_OF_DOCUMENT_TOKEN_TO_BE_REPLACED

On 08 November 1920 an ambush of British Crown forces took place approximately between Clancy’s & O’Neill’s. A number of witness statements are available from ambush participants. MB’s favourite version is that of one Edmund Tobin, who was lucky to escape with his life. There is some conflict, it must be stated, between the version of Tobin and that of another volunteer, one Morgan Portley. MB considers Tobin’s version to be very accurate in every respect of which MB has knowledge, such as the layout of the ditches around the farmhouse as they were in MB’s younger days and as they similarly were many years previously at the time of the ambush. They are now much changed, following the demolition of an old hay barn and the construction of a new one by MB’s dad many years ago, and the demolition of various ditches around the new larger barn. So for the reason of Tobin’s accuracy in the telling, in as much as MB can deduce, MB goes with Tobin’s version.

Another participant, one James Moloney from the nearby village of Bruff, claims to have come up with the idea of the ambush, along with a number of others. Moloney featured in MB’s posts of recent weeks and MB starts this week’s post with an extract from Moloney’s statement.

MB can remember meeting Moloney as a young kid hitching lifts home to Grange after football matches in Bruff. Moloney liked to tell tales from his fighting days to anyone who would stop and listen. MB and pals liked to stop and listen. MB remembers one particular line from the descriptive Moloney – “we hid in bushes to attack the Brits, bushes the birds had to get out of, such was the amount of lead flying in both directions”. END_OF_DOCUMENT_TOKEN_TO_BE_REPLACED

The Irish Government took witness statements from almost 1,800 participants in the Irish War of Independence, during the years 1947 to 1957, some 25 to 30 years after the events had unfolded. The statements are available online at the Irish Bureau of Military history, and were only made available to the public in 2003, following the death of the last witness. Even then, and to date, certain sections are blanked out lest they cause distress or danger to living persons or might lead to an action for damages or defamation. History lives long in the memory, etc. But regardless, they make totally fascinating and addictive reading.

Last week, MB quoted from the statement of one James Moloney, an IRA member from Bruff village, a very short distance from HX. This week he does so again.

It’s difficult to be a military rebel if you don’t have a gun. The hunt for guns and ammunition occupied the minds of Moloney & others, as they started to organise their active resistance against British rule. They had no outside sources of supply or donation, and funds to purchase weaponry were non-existent.

It’s only a few weeks away from the 100th anniversary of the (Irish) Easter Rising of 1916, which kick-started this particular period of Irish history. Up to that anniversary date, MB will have a few more tales to tell.

END_OF_DOCUMENT_TOKEN_TO_BE_REPLACED

Irish HX followers will be well aware, but for the many non-Irish who read MB’s blatherings from time to time, the Irish Rising of Easter weekend, 1916, was a seminal moment in Irish history. It resulted a few years later in the War of Independence which resulted in the formation of the Irish Free State in December 1921. The 100th anniversary of the rising is almost upon us and numerous events are planned in MB’s homeland in celebration and memory.

The following is an excerpt from the statement of local man James Moloney from Ballycampion, Bruff, who was involved in republican activities during that time, and later during the War of Independence, in MB’s HX locality and surrounding areas.

The family name ‘Baring’ is mentioned in the below piece. The same family came to prominence much more recently in 1995, when the family bank in Britain, of same name, collapsed, following the wild investments of infamous employee Nick Leeson. Ironically, Nick went to live in Ireland after serving some prison time, and married an Irish girl. He was, for a few years, Treasurer of Irish soccer club Galway Utd FC.

MB is intending to post some similar excerpts from the statements of Moloney and others, leading up to the Easter commorations. END_OF_DOCUMENT_TOKEN_TO_BE_REPLACED

On 20 March 1993, the Samaritans organisation in Warrington, England, received a telephone bomb warning. The IRA had placed a bomb in a rubbish bin outside Boots Chemist Shop on Bridge Street. There wasn’t time to evacuate the street when the explosion happened 30 minutes later. A second bomb also exploded, 100 yards from the first. The telephone caller had failed to mention it. Two kids died.

END_OF_DOCUMENT_TOKEN_TO_BE_REPLACED

A little bit of history – Part 2

MB recently recounted the story of the shooting of the Mayor of Limerick from almost one hundred years back, as witnessed and told by his wife. The mayor hailed from the same village as MB back home, a village called Grange. This week MB wants to tell you some more of Grange. END_OF_DOCUMENT_TOKEN_TO_BE_REPLACED

In 1167, the King of the Irish Province of Leinster (Diarmait Mac Murchada) was deprived of his kingdom by the High King of Ireland (Ruari O’ Connor). The reason for his dismissal was his abduction of the wife of The King Of Breifne (Tiernan O’ Rourke) in 1152. In an attempt to retrieve his Crown & Kingdom, Diarmait turned to the Norman rulers of England for help.

King Henry ll, the Norman King of England, landed with a large fleet at the Viking city of Waterford in 1171, becoming the first King of England to set foot on Irish soil. The Norman Knights (Norman, Welsh & Flemish) had arrived in the two preceding years with Henry’s permission to reestablish Diarmait as King Of Leinster. A force of 600 soldiers arrived in May 1169, and another 1,000 under the The Earl of Pembrook (better known as ‘Strongbow’) arrived in August 1170.