It’s been a while. END_OF_DOCUMENT_TOKEN_TO_BE_REPLACED

Morning lads
Major panic last night. Laptop conked out when battery died. MB tried to recharge, but over period of few hours battery just wouldn’t take charge, and normally obedient laptop downright refused to turn on. What to do at time like that?! 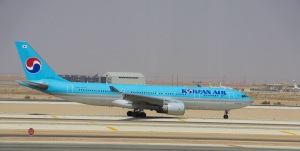 END_OF_DOCUMENT_TOKEN_TO_BE_REPLACED

It’s Valentine’s Day ladies and am only thinking of my female Crossers of course. So big Middle East greetings and affection to you all, where ever you are sunning yourselves.

Am sure your man gave you the traditional flowers or chocolate, but MB is far more adventurous than that ladies and now has much Arabic influence on his brain to expand the possibilities. So ladies – just for you – I give you the following – as special gifts for the day that’s in it:
—

Forget the blue tablets ladies. We have natural solution for you man’s problem. But its a honey mixture only for the ‘married’. Any ‘singles’ caught in possession are immediately jailed, as we know what they are up to – totally and utterly haram.

This weeks photos have no consistent theme ladies, and are a mish/mash of few shots I took in last week or two. Am revisiting some places that I showed you previously, plus a few new locations.

Clouds over North Riyadh construction site. I have noticed that Muslim clouds and Christian clouds are the exact same.

—
We Saudis are sadly starting to turn away from the traditional arranged marriages ladies, where some local Biddy will receive contact from family elders seeking partner for some lad or lass that has come of age and needs to be married off. She will take fat fee, and guarantee everlasting love and happiness, resulting from the suitable partner she will unearth from under some desert rock or where ever.
But no lads, that is not good enough for some of us any more. We are turning to on-line match makers, where we can take a look at some pics and actually see what we are marrying. Fast disappearing is the thrill of your first night of marriage with a partner that you maybe have never seen previously, or seen briefly only once or twice. This can not be progress lads. I fear we are losing our way. Absolutely no good can come of it. Um Sami is also none pleased!

The cooking pot at the Afghani cafe where MB has been eating the mutton stew & arabic bread of late. Masha’allah! The chef tends to put in lots of raw sugar with many (all) of his mixtures. MB told him to cop himself on with the sugar, and just trust the food to speak for itself. Think he really appreciated the astute culinary advise of Irish Michelin 3 Star chef MB.

More than 200 Twitter users and dozens of other forums on the internet offer services for Saudi men and women seeking spouses, angering matchmakers like Um Sami who sees it as “organised prostitution.”

“Social networks undermine our work and everything they offer is virtual: they use nicknames and they are not reliable,” said Um Sami, an elderly woman and well-established matchmaker from the Red Sea city of Jeddah.

For her, many of these websites are “fraudulent” and some are even an organised form of prostitution.

“Marriage via online platforms is one hundred per cent doomed to failure,” she said, stressing that only her traditional matchmaking method can lead to a successful marriage.

For matchmakers like Um Sami the business has flourished by word of mouth…………..

http://gulfnews.com/news/gulf/saudi-arabia/online-matchmaking-a-hit-with-saudi-couples-1.1146326—
And did you know ladies that St Valentine himself is buried in Dublin? If you are struggling to find that amusing rugged handsome stinking rich type ladies, you only need to run down to Whitefriar St, touch the coffin or alter with your hand, and within 24 hours, hey presto, your new man will appear. Unlike the on-line matches mentioned above ladies, this is 100% certain to produce the results. Best of luck!—
Sunset up the street from the Afghan cafe. 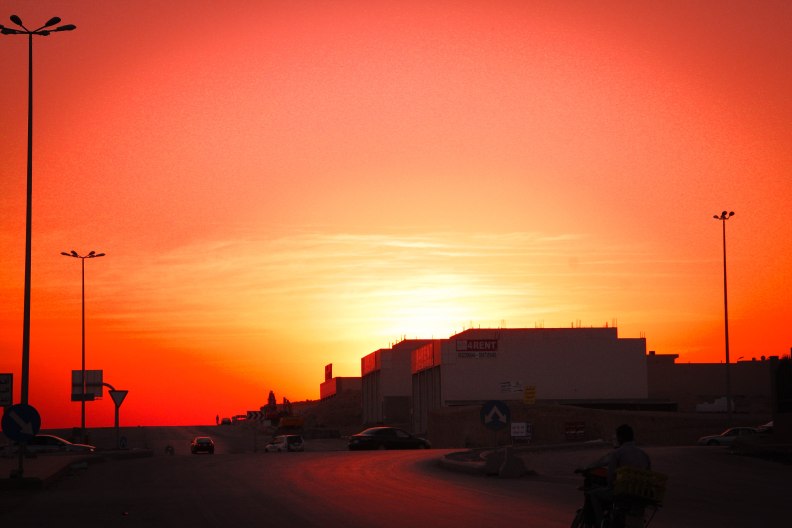 JUST about everybody knows that St Valentine is the patron saint of lovers. You may have known that he was a priest in Rome in the third century, and if you’re really on top of your game, you may even have been aware that he died in jail, but you probably didn’t know that his final resting place is Dublin.

In fact the good priests of the Carmelite Order have been looking after his remains in their priory in Whitefriar St, just off Aungier St in Dublin, for over 160 years.

We have a good deal of information about St Valentine, but separating the fact from the legend is a bit like trying to separate a teenage couple at a school disco.

Fertility festival
It seems he was martyred in 269, supposedly for marrying couples against the wishes of Emperor Claudius II who felt that single men made better soldiers. Legend would have it that he died for his faith on February 14th of that year, and that this is why we celebrate him on that day. However, it’s likely that the fact that we celebrate St Valentine at this time of year is more to do with the ancient Roman spring fertility festival of Lupercalia, which like many other pagan holidays was christianised when in 498 Pope Gelasius decreed that February 14th would be St Valentine’s Day.

But how did a Roman Martyr, who had never even set foot in what was later to become an island of saints and scholars, end up in a Dublin church.

In the 1820′ and 30’s, a Carmelite priest by the name of John Spratt had earned a reputation for his work with the destitute citizens of Dublin’s Liberties. A man of apparently boundless energy, Spratt started the building process of the Carmelite church in nearby Whitefriar St in 1825.

Exhumed
Ten years later, he was invited to speak at the Jesuit Church in Rome, the Gesu. The elite of Rome came to hear him, including representatives of Pope Gregory XVI. As a token of recognition of the work of Spratt, the Pope ordered the exhumation of the remains of St Valentine from St Hippolytus cemetery near Rome to be shipped to Whitefriar St Church, in Dublin.

In November 1836, the remains were received with great pomp and ceremony, but with the death of Spratt some years later, the remains ceased to be of major public interest.

Some 40 years ago however, they were restored to the public eye having gathered dust for decades in the nether regions of the priory, and are now featured in a purpose-built shrine in the church itself.

This year on February 14th, at 11am and 3.15pm, as has become customary, there will be a special celebration of St Valentine in the place where he now rests, Whitefriar St Church. Carmelite priest, Fr Tony McKenny will celebrate mass and conduct a ring blessing ceremony for engaged and married couples.

It would appear that neither cohabiting couples nor teenagers need apply!

—
Took shot of this guy at the golf last weekend lads. He did not appear to have much interest in the goings on.

—
Music
Spotted this on Fb during the week lads when one of my pals posted up. Good happy clappy one to put a smile on your faces:
http://www.youtube.com/watch?v=S-GHbDFrwlU&sns=fb
—
Everyone who attended the golf last weekend got free 4×4 Mercedes. Just for showing up to give our support. Long live Sheikh Mo.

Another tourism project given the green light by Sheikh Mo during the week lads. Should be a good one. Will be located in Dubai Marina. We are good to go:
http://www.zawya.com/story/AED6bn_tourism_project_in_Dubai_unveiled-ZAWYA20130214044824/?lok=044800130213&&zawyaemailmarketing
—
“I love the smell of traffic fumes in the morning” – from the movie ‘Apocalypse Now’. North Riyadh street. Right next to the Imam University – a production line for Saudi Imams.

And with 3M+ visitors expected at the above venture lads our cars will need the latest in parking technology. Just let the robot take care of it for you lads.
http://gulfnews.com/about-gulf-news/al-nisr-portfolio/xpress/world-record-robot-car-park-at-difc-1.1143075—
“There is nothing as majestic as a pylon” – MB

Want to wish all involved the best of luck in their attempts to revive local Golf Club at home. Was great social and sporting outlet before it closed few years ago.
http://www.ballyneetygolfclub.com/—
Arab lad gets an oil change, car out of pic. 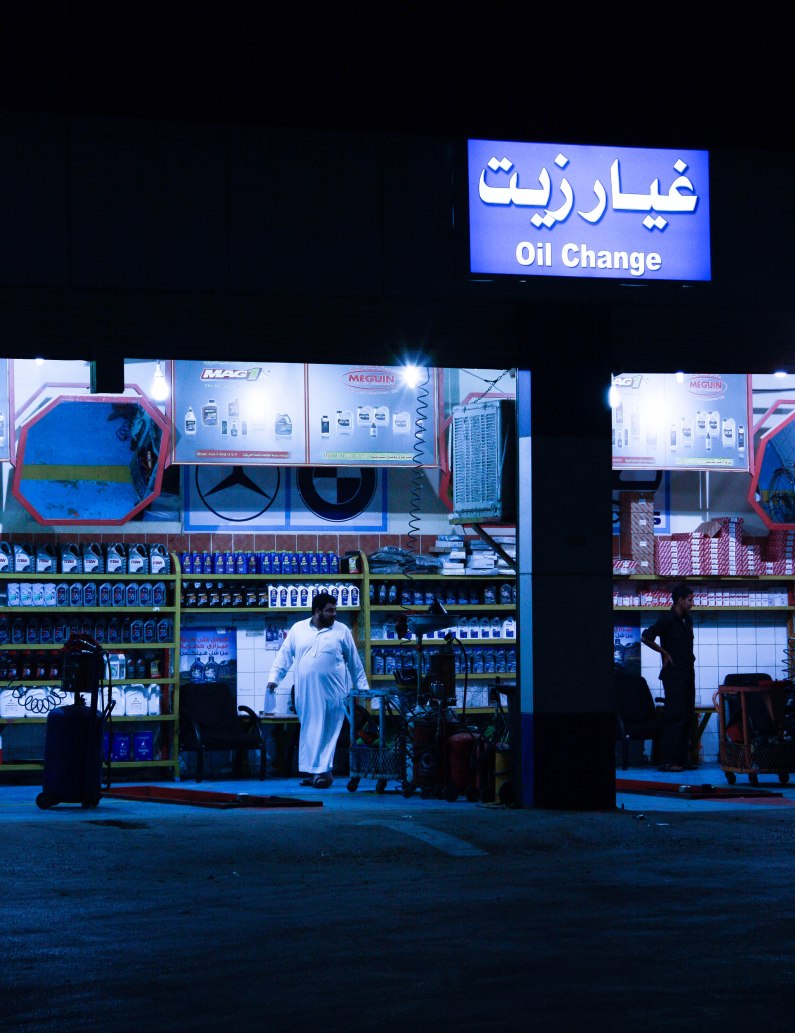 —
DH – The Reluctant Emigrant
Thanks to DH for trying to sort out all the red tape lads. Read on:
http://thereluctantemigrant.wordpress.com/2013/02/08/red-tape/
—
Regardless of where you are living lads, you will always need the puncture repair facility. 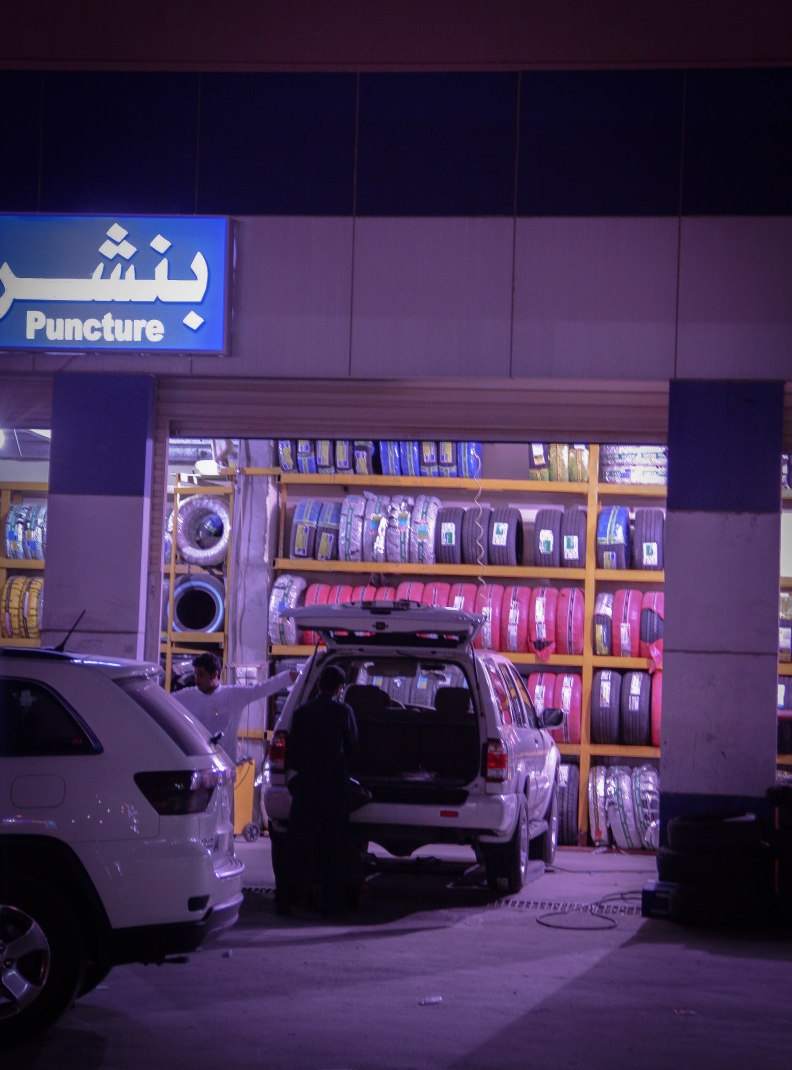 —
And the puncture repair lad. God bless him.

—
The Alter Tomb
Want to mention writer and Guinness drinker MQ from the HX heartland back in Ireland lads, who published mini novel at tail end of last year. It’s fictional account of a tomb he discovered in a local graveyard dating from 1618. The story also features a character we featured in this blog long time back – one John Murphy who is buried in grave in same place, also discovered by MQ, and has inscription on his gravestone that he was 219 years old when he died (I gave you all pic of this headstone previously lads).The novel, and that piece of the story in particular, got front page publicity in the local LL newspaper at home recently, about one year after the HX report on same! 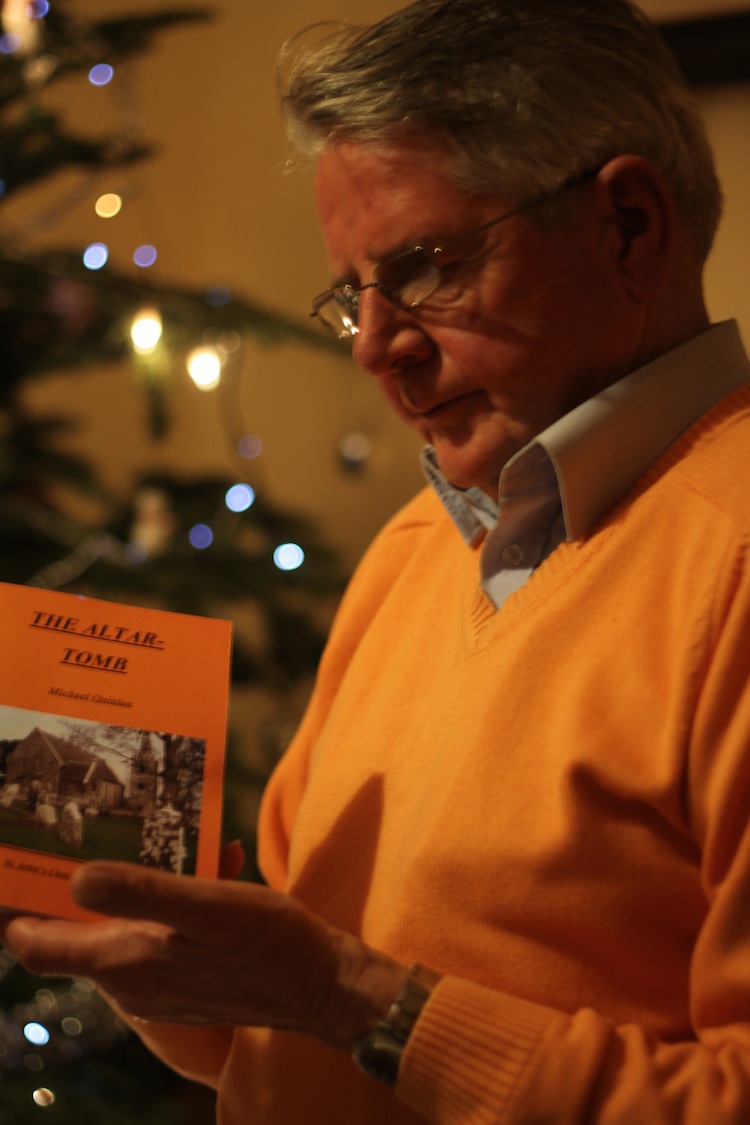 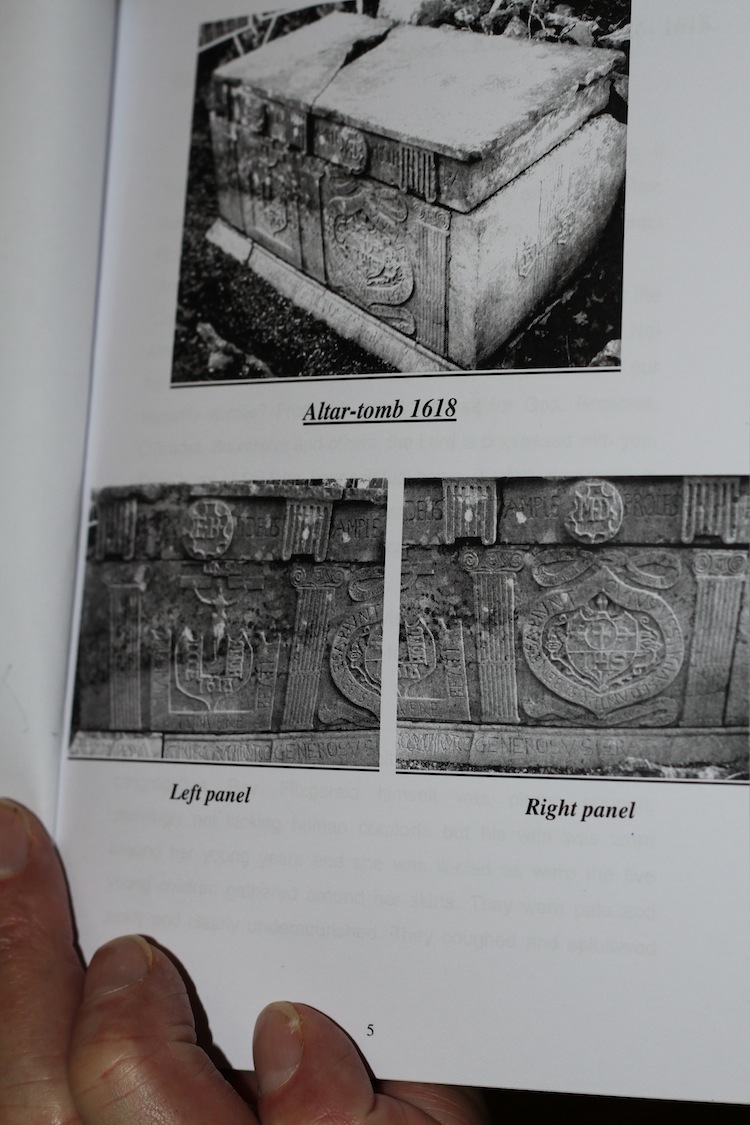 I am dedicating this piece to Crosser JMc lads who is a wordsmith in her own right. Is on a sabbatical at present from her writing career with the HX. Inshallah she comes back soon.You will be surprised to learn so many English words have Arabic origin lads, if you give a damn in the first place. ‘You really are full of BS this week MB‘, I can hear many of you shouting lads. But sometimes lads we just don’t know what is good for us, and it takes gurus like MB to point it out.
http://gulfnews.com/news/gulf/uae/heritage-culture/it-s-arabic-1.1127251—
Thanks to Crosser MC for sending pic of his gaff in Sweden to MB. Free accommodation is available for all Crossers at MCs house – all year round lads, but limited to 30 day max stay, when MC & his missus will vacate the master bedroom to allow Crossers to feel very much at home in Sweden. Big thanks MC.

—
Oman
Nothing like an Arab Spring to get the rulers to loosen the purse strings lads. The Omani people will now reap the rewards:
http://www.zawya.com/story/Oman_raises_minimum_wage_to_avert_future_protests-TR20130209nL5N0B915M2/?lok=131645130209&&zawyaemailmarketing—
But in the end lads we are all heading to the same place. The Graveyard at Grange Church, HX. Pic from my trip home at Christmas.

Adios ladies (& Happy Val)
That’s it for another week. Regards to all. Enjoy your weekend.