And why, pray tell, did you travel last week to Romania, MB?

Because nothing would do daughter MB2 better than a trip to Transylvania and the dark forested, wild bear-infested Carpathian Mountains, to climb the steps, amidst the dank damp scent of stale human blood, to enter the bowels and entrails of Dracula’s Castle.

And did you enter the castle MB?

MB and the fearless MB2’s recent Transylvanian adventure was not the first association from their Irish homeland with Count Dracula and the infamous Bran Castle in Transylvania. The entire blood-sucking caper was dreamt up by Irish author Bram Stoker back in 1897 when he published his novel of the same name; he of only one letter removed from the castle name.

And guess what dear HX followers? Stoker never once set foot in Romania, or Transylvania, in his entire life. If you have ever in the past asked yourself the following question – Are the Irish the biggest bullshitters in the entire history of the universe? – then Stoker surely provides the answer: Y-E-S.

Stoker was a public servant in Ireland and later moved to London, where he was the Business Manager for London’s Lyceum Theatre. To supplement his income, he had a go at writing novels, the kind of cash-generating activity most Irish nationals can do at a whim. Anyway, he successfully published a number of novels, Dracula being by far the most well-known.

It is not truly known how Stoker came up with the idea of his infamous vampire. The castle guide on last week’s castle tour mentioned a Hungarian friend of Stoker who was a historian and who told him of the castles of Transylvania and of Transylvanian folk tales of thirsty vampires. It is also thought that an actual historical figure, Vlad the Impaler, who loved nothing better than impaling invading Ottoman Turks on large timber stakes and allowing them to die in excruciating pain over an approximate 48 hour period (it is guessed) assuming that the impaling procedure managed to miss all the vital organs, was the inspiration for the novel. And just for followers information and further education, Vlad got his comeuppance in the end, when some of said Turks caught him and severed his head from his torso, sending his head back to Istanbul as proof to the Turks that Vlad was now ‘Vlad RIP’.

What is known, however, is that in the first draft of the novel sent to the publishers, the vampire was female. This was too much for the publishers to accept and for the times that were in it, and a rewrite was requested. Hence, one Count (male) Dracula was born.

For followers further education (you are like a mother & father to us MB), the novel was actually entitled ‘The Un-Dead’ until a short time before its publication. The novel itself tells the tale of Dracula’s travel from Transylvania to London aboard a Russian ship in search of fresh British blood, and the efforts of a group of ‘hunters’ to track him down upon arrival.

When you turn out your bedroom lights tonight dear followers, do not take any notice of the strange noises you may hear from the door or window or from the outside. It’s more than likely not Dracula or one of his, by now, legion of bloodthirsty vampire followers.

And so ends the posts of MB’s Romanian trip. Huge thanks to MB2 for the ‘Romania’ idea and for all the great company and laughs amidst the landscape. 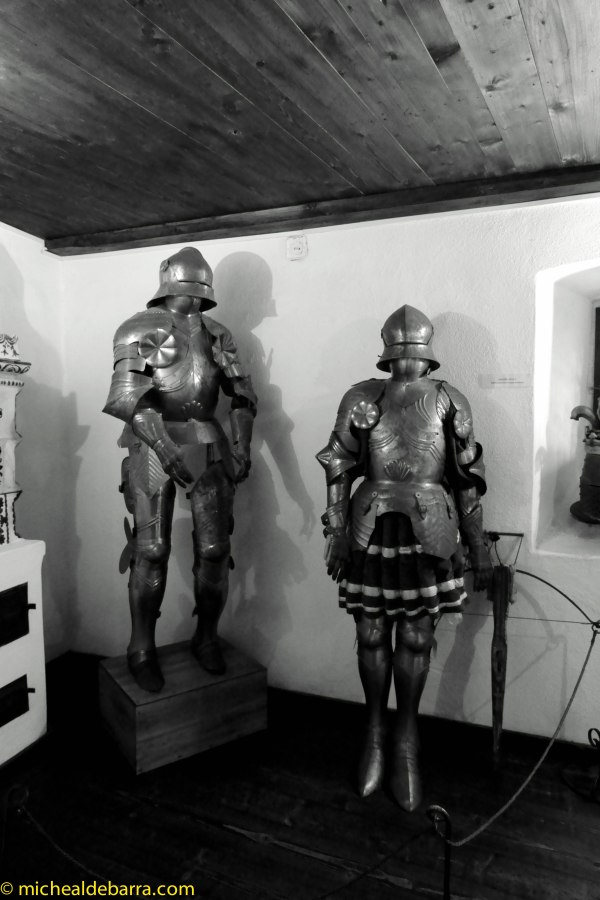 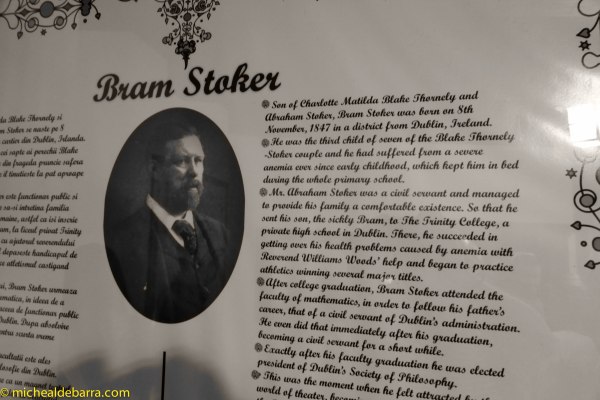 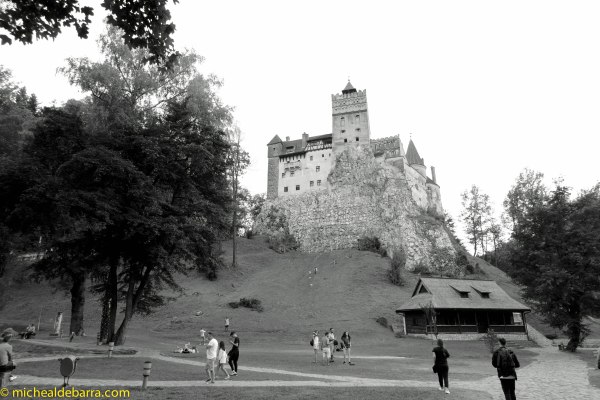