“Do not wait for someone else to come and speak for you. It’s you who can change the world.” – Malala Yousafzai

MB just woke up to see the above quotation from MY, posted by the Facebook website to celebrate International Woman’s Day. Seems Mark Zukerberg has been watching MB’s blog posts and finally caught on!

Malala was the 12-year-old Pakistani girl who was shot on a bus by a very ‘religious’ Taliban man (Sunni Islamic extremist) whose organisation thought (and still think) that girls should not receive education or attend school; and shooting them was/is the correct punishment if they continue to do so. Malala won the Nobel Peace Prize as a 16-year-old in 2014. MB previously wrote a blog post about Malala and her example to others called Who is Malala?

MB’s below shot was taken in a train station in Colombo, Sri Lanka, in August 2013. That girl looks a similar enough age to Malala when she was shot on a bus on her way to school. 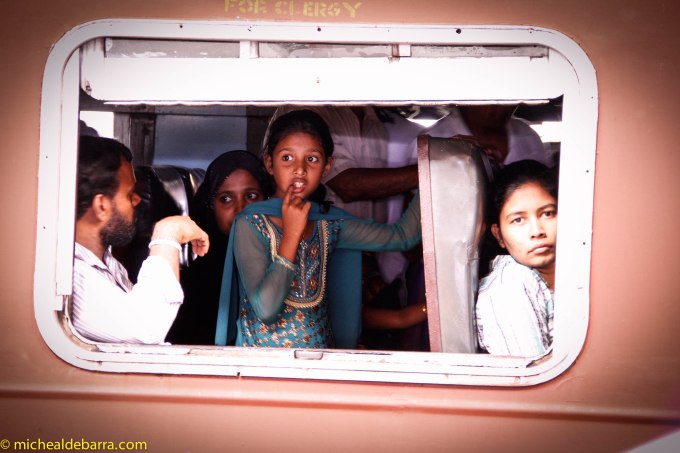 A member of the Pakistani Taliban boards a bus and shouts ‘Who is Malala?‘ On identifying the 12 year old girl, he fires three shots from a hand gun. One of the bullets enters her forehead, travels the length of her head, and lodges in her shoulder. Fate, providence, luck, or God, if you believe in a God, decides she will live. If God has intervened, then it isn’t the God of the Taliban. Someone else’s God. Maybe Malala’s God. Or your God. Or mine. END_OF_DOCUMENT_TOKEN_TO_BE_REPLACED