It’s a balmy Saudi evening outside the hotel entrance door as MB writes his blog. Meanwhile, inside the lobby, MB is listening to the loudest painters making the loudest noises since Michael Angelo (another legendary Michael) dropped his bucket from the ceiling scaffold onto the marble floor miles below all those years ago. The artists in front of me are presently giving a touch-up to the ceiling which suffered some water damage during the recent 3 week monsoon. If you have seen the movie ‘Best Marigold Hotel’ you will get the picture. Each time the long-handled roller is dipped into the metal paint bucket it is producing a sonic wave throughout the entire city and structural damage is already reported to some major bridges. MB needs Panadol, or something stronger, asap. Or maybe MB is just tired and cranky after a busy week in the dusty desert. Maybe. 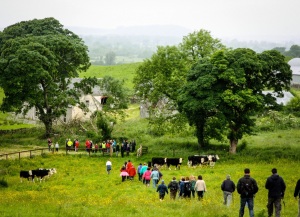 MB would seriously love a large cold bottle of White to relax the brain and quench the thirst, but such life pleasures are strictly forbidden in this stricter than strict Island of Islamic. If MB was in any other jurisdiction on the entire planet, a bottle from the ‘new world’ would presently be planked on the table in front of him with a long-stemmed glass sparkling in the evening sunshine . Or if that location happened to be some 3rd World haunt, then maybe a bottle of some local hooch would suffice, and the thirst would also be no more. So the thirst remains for the moment and the solution must await MBs return to the homeland next month alas. 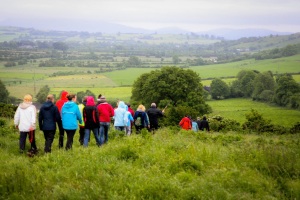 Yes indeed lads, MB is heading home to kith & kin next month which coincides with the HX Festival. To be very truthful there is actually no HX Festival. But there are 3 festivals happening at same time in the surrounding localities. So MB will refer to them collectively as the ‘HX Festival’. In recent days it was announced in the local Press that Caroline Kennedy, daughter of assassinated US President JFK, will attend the event on account of the family connection with the HX locality. MB explained to some non-Irish Muslim Arabs yesterday that the ‘F’ in ‘JFK’ stands for the Irish name ‘Fitzgerald’. In 1852 one Thomas Fitzgerald emigrated from HX and a few generations later his grandson was President of the USA. The emigrant story that dreams are made of.  http://en.wikipedia.org/wiki/Caroline_Kennedy

The HX Festival will host a multitude of other events and MB will give you all the full itinerary next week. One event does however merit special early mention. Namely, the Photo Workshop hosted by none other than Irish/Arab Photo Shooter  Supreme MB! Yes indeedee lads, for the paltry miserly sum of 20 Shekels (Euro) you can partake in the MB Photo Master Class at the HX lake front, which will ensure that you too can produce the Nat Geo standard pics that MB produces week in week out for the blog, and which you have now come to expect as a right. MB will not be bringing his camel, in case you were wondering, although he would provide nice backdrop to some shots. (Note to self – rethink the camel). It’s not yet publicised lads, but already the class is almost full, so get your booking application in asap. 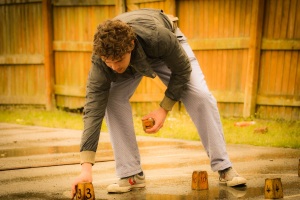 It is not yet known if Caroline will book in for the Photo session with MB. Ok, MB will admit she is stinking rich multi millionairess with access to the entire professional photographer class of USA, probably for free. But have any of those Yankee Dog photographers ever produced an irreverent weekly blog from the land of beheadings and limb amputations? I am sure not lads. And could any of them milk a cow by hand, or make a wynde of hay with a pitchfork, or castrate a young bull turning him into a useless mutant good for nothing other than burger production? Yes lads, I think you will all agree – Caroline would indeed be selling herself very short if she chose other than MB. Inshallah she will choose wisely. 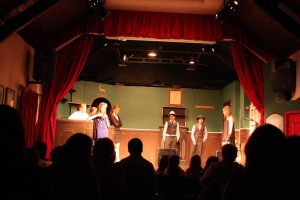 A few days back MB was traveling home from work in the company of an Aussie coworker and the young Sudan lad that MB has mentioned few times in the blog of late. MB & Aussie (Whities) sat in the front sea while Sudan lad (non-Whitie) sat in the back. All in their rightful place lads, hahahahaha! Joke lads – In case any followers with sub 150 IQ levels might be thinking MB has turned into some kind of racist Neanderthal. But am sure the blog has no sub 150 followers as it’s a minimum entry requirement. 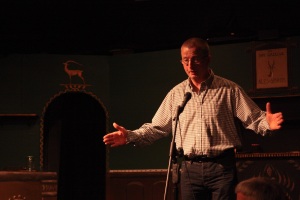 Anyway MB & Aussie were shooting the breeze about the events of the past & the coming months. MB mentioned the HX Fest, photography, some wineries MB had visited on trip down under few years back. Aussie mentioned upcoming 25 holiday he will take on a beach down under, when he & surf board will hit the waves for few hours each morning. Wifey will set up camera on a tripod on some headland overlooking the waves to get the awesome shots of husband exiting the wave tubes just in time. Remainder of the days will be filled with restaurants, bit of shopping, friends. The good life down under.

We dropped Aussie to his hotel when MB gave permission to Sudan lad to sit in front seat! Sudan lad then said to MB – “MB, what the hell was that conversation?”. “What the f*ck are you on about Sudan lad” replied MB. “That entire conversation you had with Aussie, with talk of surf boards, festivals, photography – it was a totally and completely Whitie conversation. Two people from the 3rd world could not have had it. They would not even have understood it” shot back Sudan lad.

For once MB shut his mouth, and reflected on what Sudan lad had said. And came to conclusion that Sudan lad had said a mouthful. All conversations are products of our backgrounds. Pretty obvious I suppose when you think about it, but MB never had. Maybe you need to work in places like this to sometimes see the obvious, or have it shown to you.

This Weeks Pics
Are all from last years HX Festival, to give you flavour. 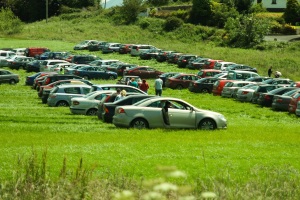 Hypnosurf
Mentioned Aussie pal above lads. He is very interesting character in his own right. Along with the day job he has spent time in recent years designing a self hypnosis app for surfers, designed to get them to perform at highest level every time, rather than the hit& miss performance that many experience during a surfing season. Now available for iPhone & Android. Am wondering if this app could be applied to other sports like tennis or golf? What say you Mr M?

So check it out lads on http://www.hypnosurf.com

Bare Breasts!
Saw on the net yesterday that 3 young European girls made a topless protest outside a courthouse where a young Muslim girl is being tried for upsetting some Salafist Muslim group and allegedly insulting Islam. I hope the embassies of the 3 girls get them home quick. Such behaviour out these parts is very much ‘haram’ and would be considered akin to behaving like a prostitute (‘sharmuta’ in the Arabic). And you will never hear any words of sympathy out here for sharmuta or any sympathetic words why girls might get into that game like you might do in the west. So MB hoping they get tickets home real fast. They will not receive kind treatment in prison if they sentenced. To put it mildly.

As for the Muslim girl, she previously posted a topless photo of herself on facebook, which caused huge controversy. Although this is not why she is on trial. Read both links below if of interest:

Note to Muslim visitors – do not eat John Finn’s sausages – they are pork (khanzeer) so haram for you. Ask him for beef burger instead.

Harassment in Saudia Arabia
MB has told you all many times that the Saudi version of Islam is stricter than strict, and laughed at by people of other Islamic countries. Some of the behaviour seen here would probably get people locked in mental institutions in other countries, but not here.

This week some nutball religious conservative posted a suggestion on Twitter that people should harass women working in shopping centres to show them the error of their ways and prevent them becoming sharmuta. Thankfully, in a sign that the country might be going in a different direction, hundreds of Twitter people turned on the guy. But others supported him. Such is the thinking, sadly, of many in thee parts. MB read in separate report that Muslim Imams (Priests) are making weekly presentations to the office of the Ruler, King Abdullah, to change the law to ensure that women could no longer work in shops and shopping centres. Crazy in any other country. But not here:

In a related story MB saw the following from a fellow blogger earlier this week. No comment:

Kuwait shows respect for Saudi women driving ban
Last Thursday, Brig. Saleh Al-Najim, the head of a Kuwaiti delegation, stated that out of respect for the Saudi ban on women driving, his country will make the exception of not issuing driving licenses to Saudi women until they provide proof of their male guardian’s permission. I’m shocked and disappointed that the Kuwaiti government would exploit how politically weak Saudi women are to gain favor. But that isn’t why I’m writing this post. I’m writing it because this particular tactic of expressing an opinion about a sovereign nation’s internal laws by altering yours is something that has occurred to me before. A few years back I either dreamed or read somewhere that a politician proposed to the European Union that Saudi men not be allowed to drive in the EU until they end the ban on women driving in Saudi. Judging by the last Olympics, that type of restriction on Saudi men could actually work in making a change. How weird would it be for those banning people from driving their hard-earned cars because of their gender to have a taste of their own medicine?

My watch!
Like this story. Husband presented future wife with expensive watch as gift. Watch broke and upon taking it for repair wife was informed that the watch was a fake! She is now divorcing the cheapskate husband: 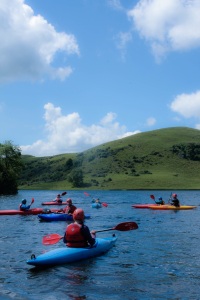 Malala
Nice to see Pakistani girl Malala Jousafzai in Abu Dhabi last week to say thanks for the air ambulance supplied by UAE to take her to UK for treatment after she was shot by the Pakistani Taliban in her Swat valley homeland. Still under a death sentence from the crazies. She met with future ruler Shaikh Mohammad Bin Zayed Al Nihayn, son of UAE ruler.

Reluctant Emigrant
Have not had chance to read DH blog this week. Think it’s about the expat wife and kids heading back to the cooler climates of the west leaving hubby to toil under the hot desert sun: 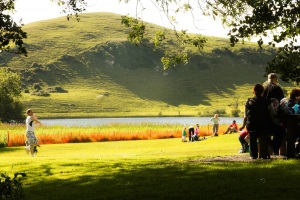 Adios lads!
Have a nice weekend. I see some sunshine appeared in the Irish this week after long absence. Inshallah it continues to shine.
Take care all.