Saw earlier today that blogger friend J posted a photo of a ‘whatchamacallit’ on the One-Word Sunday challenge of blog site Travel With Intent. J’s blog post title is actually called ‘Oojamaflip‘ which is seemingly the same as a ‘whatchamacallit’, but MB was previously unaware of the ‘Oojamafip’ word (egad!)

Sadly, as with many things in Saudi Arabia, the monument is defaced with graffiti. MB has often thought and stated of Saudi Arabia, that it is full to the brim with religious protocol, theory and formal practice, but is very light of living one’s life in any meaningful way by the rules or lessons of that same religion. MB thinks that many Saudi Arabians should actually refer to their religion as the ‘whatchamacallit’! 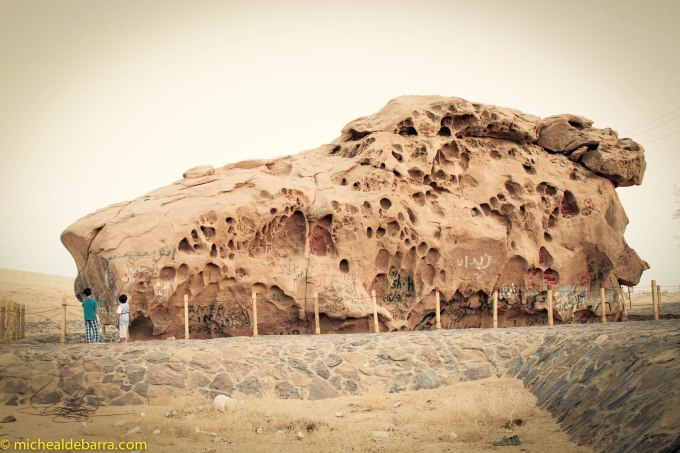