MB had to stop in Geneva for two days on his way back to the Middle East last week, and took the opportunity to take a few shots of the famous Geneva fountain, which was opposite MB’s hotel.

Geneva (Switzerland) is in the French-speaking area of Switzerland, right on the French border, and is located where the Rhone River enters lake Geneva. The city has a population of approximately 200,000 and is famous as a financial centre & for its watch-making industry, in addition to being the location for a number of UN organisations & the Red Cross. It also hosts the world famous Hadron Nuclear Particle Collider which is located nearby at a depth of 175M, extending under the French/Swiss border.

Everything in Geneva  is expensive, and property prices are in the stratosphere. The airport includes a shop where one can purchase Rolex watches and another where one can buy Leica cameras; which both, in themselves, tell a story of the city and its visitor profile.

Some pics of the fountain & surrounding area: 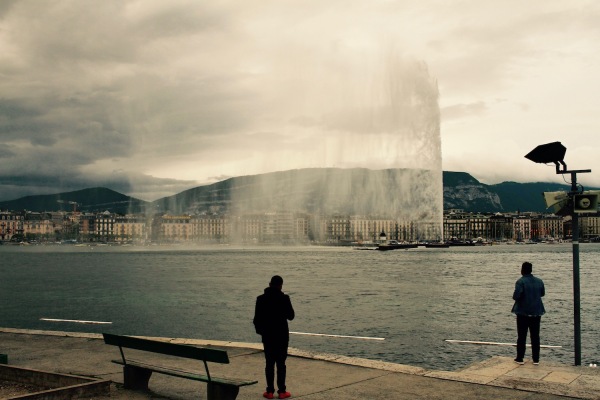 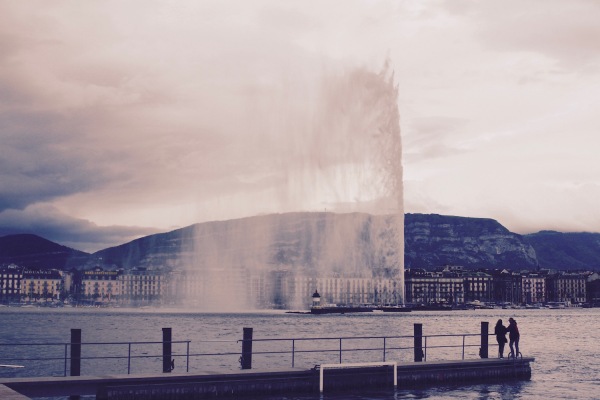