Greetings all
Most supermarkets in Dubai/UAE have a separate section, which has signboard at the entrance entitled ‘For Non Muslims’.
END_OF_DOCUMENT_TOKEN_TO_BE_REPLACED

Late post this weekend. Apologies. MB is bit busy these days on account of fact he is leaving Saudi Arabia after almost 2 year and in busy ‘wrapping things up’ mode. END_OF_DOCUMENT_TOKEN_TO_BE_REPLACED 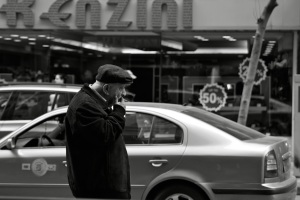 Firstly lads, an apology from MB. In last week’s blog MB used an Arabic word that he though was acceptable translation of the English word ‘prostitute’. It was subsequently pointed out to MB that the word used is a street-slang swear word, not suitable for common usage (as in MBs blog) and likely to cause offense. The Egyptian lad who originally gave me this word failed to point out this important fact! This is not MB’s style as you are all aware. So big apology to all, especially to MB’s Arab lady followers of which there are thousands – not!

Met this kid on the street selling newspapers and magazines. Streetwise as hell, huge confidence, great attitude. He will be Prime Minister of Lebanon some day

The news from all over the Middle East of late just seems to get darker and darker. Acceptance of others views and beliefs seem to be shrinking. Saw interviews on the net recently with various Sunny clerics who were preaching the need to destroy (kill) their Shia neighbours, who also read the same Quran holy book. On the grounds that the Shia are somehow heretics who must be put to death for having a slightly different interpretation of the book. Bit like we use to do in Europe when we burned heretics and witches at the stake. Inshallah the Middle East does not have to wait 300 or 400 years to see basic human tolerance and decency prevail. As usual, as in most places, the majority of people are decent and reasonable, but an intolerant crazed minority can cause havoc and misery for all.

Was talking to a Syrian friend few days back and he told me that he had other Syrian friends around to his house recently. His friends are supporters of Bashar Al Assad, the Syrian Prime Minister and his government. I expressed surprise that the trouble in Syria with tens of thousands of people now killed had not affected his friendship with his friends. I am aware that he regularly posts anti-Bashar pieces on Facebook and has been advised by friends inside Syria that it would not be safe for him to return home. He replied to the effect that he could not allow Bashar Al Assad to affect 40 years of friendship he has enjoyed with his friends, regardless of their views, and they would continue to be his friends. In the midst of much blood and darkness and death, my friends attitude was a bright light. A small light for sure, but hopefully one that spreads far and wide in the future. Most have now come to conclusion that in the case of Syria there are even darker days ahead. Let us pray not. 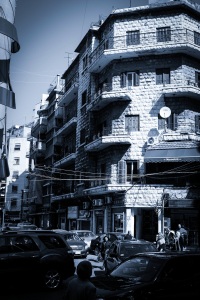 Met a Lebanese man in recent days through work, and in response to MB’s ‘min ina anta?’ (‘where are you from‘ in Arabic) he informed MB he comes from the city of Tripoli, where a number of people had been killed in gun battle in recent days as result of troubles spilling in from neighboring Syria. Meeting him reminded MB of trip to Lebanon in early 2012 and the fantastic few days enjoyed there with family. And the friendly people encountered. In memory of that trip, and in big hope that Lebanon at least will be spared the trouble of the region MB is giving you some pics this week from that trip. Hope you like.

Lots of poverty throughout the Middle East and absence of welfare benefits make it even tougher than in the West. Stopped to speak to this man for few minutes, who was begging for money.

HX Festival
As informed you last week lads, MB will be heading home in few weeks for the HX Festival (3 local festivals actually). If you are of a mind to travel then take a look at the itinerary for this year’s event. Specifically this is the list for the Lough Gur Festival, but there are two other Festivals taking place in the neighboring villages for Bruff & Knockainey. Mentioned daughter of JFK in last week’s blog Caroline Kennedy – who will attend the Bruff event to dedicate a local building to the memory of her great-grandfather, who left the village in 1852. MB will have to use the grease gun on the Canon 7D before he goes back, it’s going to be hectic few weeks & photo opp heaven:

So hopefully see some of you at the festival, inshallah. 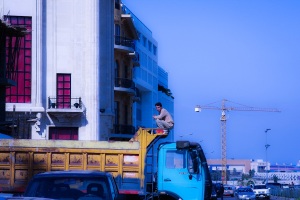 Beware the lady in the Burka who wants a hug!
Spare a thought lads for the misfortunate Indian lad who got the surprise of his life last week when a lady in a burka (abiya) suddenly hugged him in the lift. Obviously he assumed that the Arab Muslim lady was so overcome by his Indian masculinity that she threw religious caution to the wind and just gave in to her animal instincts. He later discovered this was not the case:

No lads, we did not have earthquake. MB is just playing mind games with you all, with his incredible camera wizardry!

ABU DHABI: They say a hug costs nothing, but for an Abu Dhabi resident it proved otherwise.
Indian expat Noushad lost Dh29,000 when an abaya-clad con woman stole his bulging wallet after locking him in an unexpected embrace in an elevator recently. The incident happened in broad daylight in the Al Raed Automatic Laundry building in the capital’s Tourist Club area.

The corniche/harbour area of Beruit. Has undergone huge redevelopment in recent years. A must-see location. 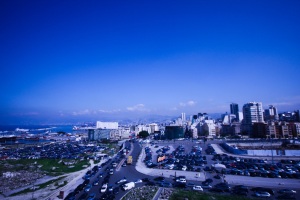 Sharia law – Husband to be whipped
The law in Saudi Arabia applies to women and to men. The judges really do not care about male or female. Justice comes from Sharia law which is based on the teachings of the holy book:

Manama: A judge in Saudi Arabia has upheld a flogging sentence against a husband for slapping his wife even though the wife later said that she forgave the husband and wanted the case dropped.

Beruit & Lebanon generally – Incredible food. Maybe the best MB has come across in all his travels. This pic is from the rooftop restaurant at Le Grey Hotel in the corniche. 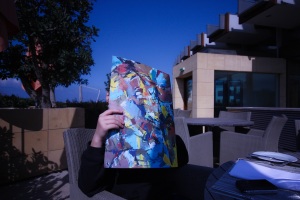 The man was sentenced to 30 lashes and 10 days in jail and ordered to attend special sessions on marriage counseling and on how to treat and deal with spouses.

The court in Al Qateef in the Eastern Province said that the wife could witness the flogging in retribution for the physical pain her husband caused her.

More English words from the Arabic
More educational stuff from MB lads, who continues to amaze you weekly with his eclectic mix of photos, wisdom and general ‘stuff’. Awesome!

The Lebanese consider themselves extremely sophisticated and a cut above the other Arab nationalities. These local girls spoke French as their language of first choice as they lunched next to MBs table. They informed MB that they are equally comfortable in both languages.

These 2 would not be out of place at some restaurant in Paris. Classic Lebanese sophistication! 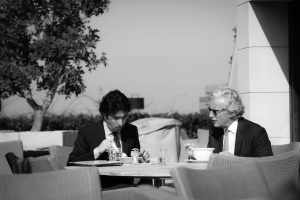 Gay Games 2018
Yes lads its now down to 3! London, Paris or……………………….. Limerick! Organisers have short listed Limerick, along with 2 no-hope non-entity cities to host the 2018 Gay Games. Am sure Amsterdam & Orlando will be sick as parrots to get booted out. With approx 10,000 participants it should be a fun week in HX if Limerick wins the hosting. 2018.gaygames.org if any of you want to participate lads.

The grave/shrine of Rafiq Hariri 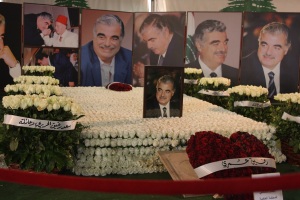 Federation of Gay Games announces finalists in bidding for Gay Games X
Limerick, London, and Paris continue in race to host the world’s largest sport and culture festival open to all

Today the international Federation of Gay Games announced that groups from Limerick, London, and Paris would continue in the bidding process to host Gay Games X. The three finalists garnered the most votes from among the members of the FGG’s site selection assembly, who for the first time designated this short list by online instant runoff voting. Unsuccessful in the vote were groups from Amsterdam and Orlando.

Another blog
Occasionally give you link to other blogs I come across that catch my interest. Liked the following:
Letter to my 16 year old son
http://katrinaannewillis.com/2013/05/23/a-letter-to-my-16-year-old-son/

HX Homeland
If any of you followers wonder what the HX land is like lads, I give you link this week to our local community newspaper called the Vale Star. It’s focus is almost entirely on local sporting and community group activities. Some of you Arabs might enjoy a quick scroll through it. Gives good idea of life in rural Ireland.

Many in the Middle East were recently very surprised to discover that Hezbollah are involved in Syria, fighting on the side of Bashar Al Assad and his government forces. MB came across a Hezbollah demonstration in support of Assad on his visit last year and wrote about it in his blog at that time. Absolutely no surprise to MB that these guys got involved. 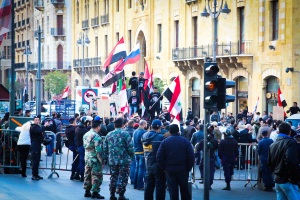 Iran
Big news in Iran last week lads. A judge can now sentence those guilty of adultry to death by other means “where the possibility of stoning does not exist”. That phrase is not actually defined. So presumably it will apply in the sandy areas where there are insufficient suitably sized rocks. One can only but have sympathy for the lads throwing fist fulls of sand in the past for days on end as they tried in vain to stone (sand) the sinners to death. But no more. Mashaallah!

It was interesting to read in the article that if a sinner can free him or herself before death they are pardoned. But a man is only buried to his waist whilst a woman is buried to her shoulders, lest any of the rock athletes should see her bare breasts during the stoning games. Hardly seems fair.

Pics of Bashar Al Assad at the Hezbollah demonstration

Demonstration was good natured and noisy that day, with the soldiers smiling and joking. Suspect that would not be the case now. 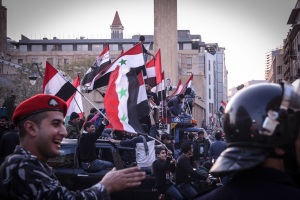 Slan lads
Ok lads. Another week down. Planning a good sleep tomorrow on the Muslim holy day. Take care all. Have a nice weekend. May the sun shine!

The famous bombed out and bullet ridden Holiday Inn Hotel in Beruit. Still standing to this day and testimony to the war of the 1970s. Let us hope no repeat of that fiasco for modern Beruitis. Inshallah.