The Suvla Bay area of western Turkey on the Dardanelles Straits is infamous as one of the venues of appalling human butchery of WW1. The battles at Suvla formed part of the Gallipoli Campaign, where approximately 200,000 British/French/Anzac troops died, along with some 60,000 Ottoman Turks. Another 250,00 soldiers from both sides were injured. It is said that the sea was brown in colour for three days following one of the major battles, as the blood of the fallen mixed with the salt water.

One hundred and three years later, only a few days back, MB landed at Suvla. It is an altogether more pleasant place today. War monuments and memories abound and MB may return to that subject matter at another time. For the moment, MB will focus on the Suvla vineyard where some mighty fine Suvla wine can be procured.

On the lawn outside the main building sits an old stone press which was used for pressing the grapes. Inside, the vineyard shop sells a host of Suvla wines and foods. 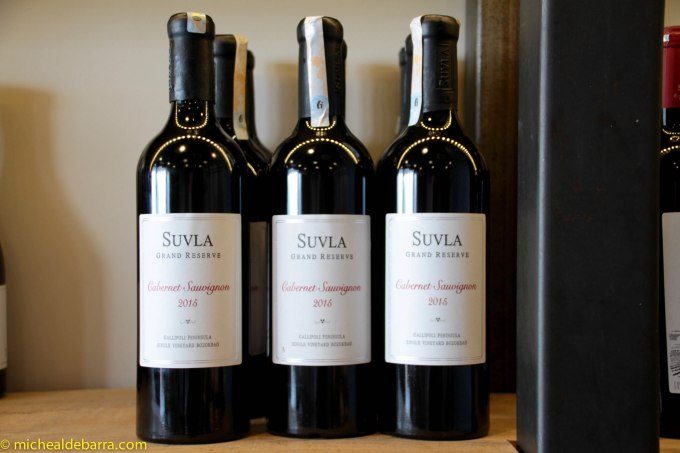 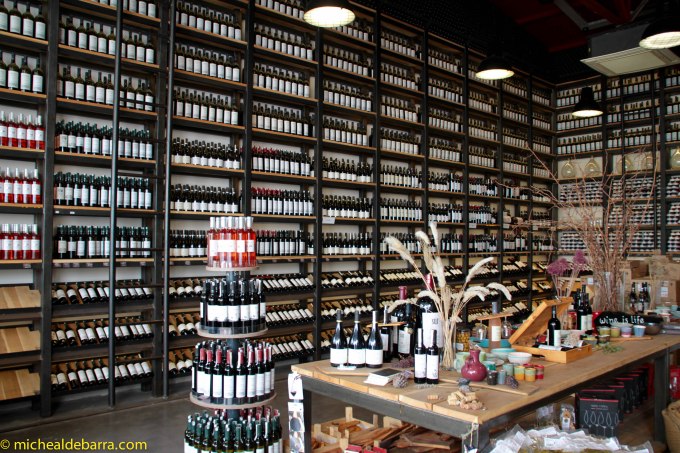 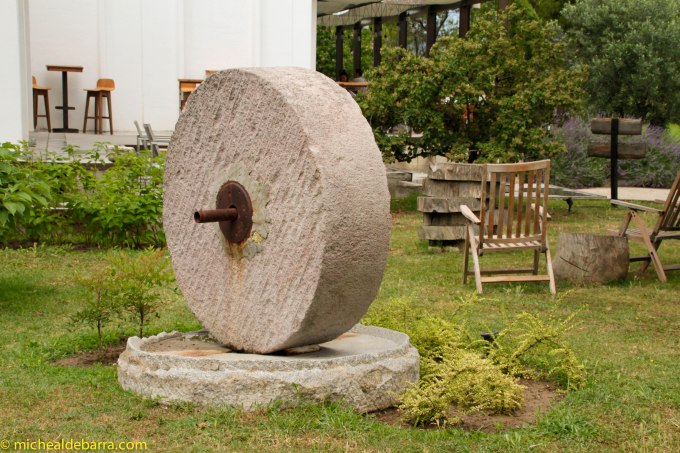