Of Camino De Santiago (and Onimac!)

The Camino De Santiago is a famous route of Christian pilgrimage that ends at the shrine of St James, in Santiago Cathedral in Galicia, NW Spain.

From Wikipedia:
The Camino de Santiago (Latin: Peregrinatio Compostellana, Galician: Camiño de Santiago), also known by the English names Way of St. James, St. James’s Way, St. James’s Path,St. James’s Trail, Route of Santiago de Compostela,[1] and Road to Santiago,[2] is the name of any of the pilgrimage routes, known as pilgrim ways, (most commonly the Camino Francés or French route) to the shrine of the apostle St. James the Great in the Cathedral of Santiago de Compostela in Galicia in northwestern Spain, where tradition has it that the remains of the saint are buried. Many take up this route as a form of spiritual path or retreat for their spiritual growth.

HX blog follower JOH, female, former writer of news for an Egyptian newspaper, fluent speaker & writer of Arabic, professional translator, raconteur, and all round good egg, from West Cork in Southern Ireland, recently walked part of the Camino, but backwards, starting at the end – ie at Santiago. A friend of JOH jokingly referred to her adventure as her Onimac! JOH had walked portions of the Camino on two previous occasions.

On JOH’s most recent trip (the Onimac), JOH unfortunately lost her camera complete with some 300 photos of record. Life’s a bitch, as pilgrims of old were given to stating. Inanyways (to use a JOHism) JOH sent MB some pics from her 2 past trips to give readers a taste of her Camino pilgrimage (& her Onimac pilgrimage).

Following JOH’s most recent trip, MB requested a few words of JOH for HX followers to give all a flavour; knowing full well that JOH is full of the Irish/Cork blarney, wordy & worldly wise, and never short of a word or three on any topic one cares to mention.

Inanyways, a very big thanks to JOH for a great Camino report.

A Taste of the Camino de Santiago 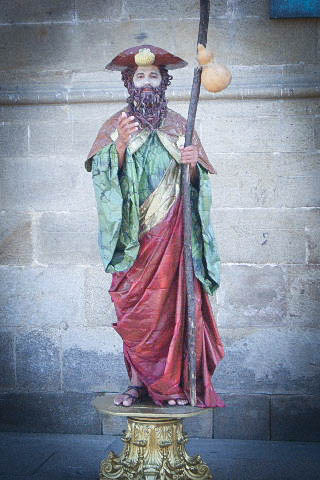 So what is the Camino anyway? A pilgrimage? (Yes, of course. That’s what it’s supposed to be). But you could definitely choose to view it as simply a healthy budget holiday. A green trek, and at this time of year, you will come back with a tan, from the knees down at least. It is more, though. A life-changing experience (can be)? A sign of the times? Start of an obsession (for many, yes)?

When I joined my two friends towards the end of their camino a few years ago, they had already clocked up enough miles to get a certificate if ever they made it to Santiago. They had pilgrim passports with colourful stamps, and they had warm, painful and life-enhancing stories to recall. I knew they weren’t going to give up at that point, but I wasn’t so sure about myself. I had arrived to meet them by aeroplane, coach, taxi and bus to a town around 40 km east of Santiago. They had been on the road since just after dawn and were in full stride. I was utterly unfit from a prolonged sedentary job and a leg injury, and immediately set a mileage clock in my head and started an obsessive countdown. 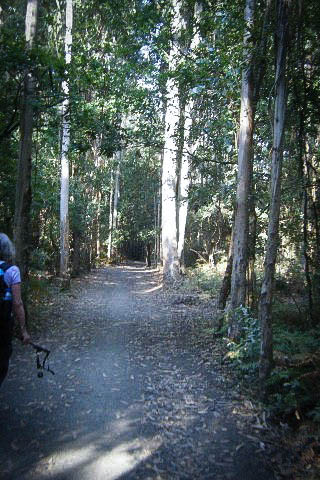 In less than an hour after meeting, we were so deep in the country, green country – in burnt out heat-desiccated SPAIN! – that the bliss of that offset the developing blisters. It was tough going sometimes. Still hot in September, hilly – and of course it was unknown terrain. But just when it seemed like you might want to stab a pilgrim for a shot of coffee, in the middle of nowhere you would round a bend and there, sitting under a canopy of trees, was the thing you had dreamed of on every hike you ever did – an aromatic little café with snacks, bottled water, shade and chairs! Something else was noticeable too. Very reasonable prices, sympathetic mutual wincing between strangers in the queue and at the tables outside. Camaraderie! And tangible efforts by the woman behind the counter to understand and accommodate. I hadn’t experienced that for a while on my travels.

Left to my own devices I might have sat under one of those trees for the afternoon, but the arrival and departure of pilgrims helps maintain a pace, lends a mild sense of urgency to get to the next milestone, or nearest albergue for the night.

We continued on through scented forests of eucalyptus, past decorated horreos (grainstores) and fields of corn and cabbage that reminded me of Ireland, but an Ireland that had pole-shifted down to summer holiday land, so that alongside the cabbages were peaches and vines, though not vineyards (this was the French Way). We passed a fellow who had walked from northern France in a series of seasons. When someone strode past at a clip or swept by on a bicycle there was always an acknowledgement, or a Poco pocito! if they were Spanish and you looked knackered. Or just ‘Buen Camino!’

I should say the goal of the pilgrimage is to get to the Cathedral of St James in Santiago from wherever you start out, along waymarked routes, at whatever pace is comfortable for you, or uncomfortable enough for you if you want to make a Lough Derg of it. You can cycle, and a great many French and Spaniards flew past us on wheels. Purists can be scornful of the cyclists, but St James probably doesn’t object and neither do the owners of small hostelries and cafes who were saved from emigration and indigence by the Camino de Santiago and the happy mix of pilgrims and hikers and cheapskate holidaymakers who walk the landscape of Galicia from spring to autumn every year.

St James, or St Iago, son of Zebedee and Salome, was one of Jesus’ earliest apostles, along with his brother John. Executed by the sword of King Herod Agrippa I in person, James’ remains are said to be held in Santiago de Compostela in western Galicia, regarded as the third holiest city in Catholicism. He is the patron saint of Spain and his feast day is 25 July. Every seven years is a Jubilee year, when the feast day falls on a Sunday and record numbers of pilgrims turn out, with up to 200,000 qualifying for a certificate, or compostela. You get a compostela (with your name spelt in Latin) if you show that you have completed 100 kms (200 kms for cyclists).

One thing about the Irish – they love a good pilgrimage. They love all the blisters and sprains, the frozen ankles (the Pyrenees) and the hunger. Another thing is they don’t mind having a good laugh and sharing the memory of the pain over a solid meal and a few drinks in a warm hostel. We met a disproportionate number of Irish – or that was my recollection anyway on my 2-day sample of the Camino, for which I got no Compostela (30 km at a stretch) but lost a small toenail from tight boots. We spent one night in an albergue and the other sharing a triple hotel room. The albergue served up crisp sheets, hot showers, Galician soup and ruby rich wine from the Ribeira Sacra. The next morning we got lost, found our way again and rambled and then trudged (I did anyway) through more fragrant eucalyptus woods, past farms and orchards to a smart looking hotel just 10 kms from Santiago where we fell into another reasonably priced pilgrim meal, followed by the sleep of the dead. My two friends left at dawn. I got the bus at 10.00 am in my flip flops and we reached the Cathedral in Santiago around the same time.

Twelve o’clock Mass is where those who have made it in to the city that morning gather and the Cathedral was packed on a September Friday. Two young lads a couple of seats ahead were carrying a tall gold-fringed banner and one of them had a T-shirt with a cedar and map of Lebanon on the back. Both of them had the profiles of early Christian apostles, so they had probably come a long way. The priest called out the nationalities of the pilgrims who had received Compostelas that morning and the group from St Martin got resounding applause. Could that have been St Martin of Canigou in the Eastern Pyrenees? I don’t know, but if it was, then they had walked almost a thousand kilometres.

Santiago is a lovely compact city with cosmopolitan shops and a prosperous appearance, which must feel quite strange to someone who has just walked several hundred kilometres due west through country landscape and many people spoke of the sense of not wanting to arrive, or striving to get there but not wanting it to be over.

I have done two other mini-Caminos, a 90km hike in 2014 from Santiago to Cap Finisterre on the coast, to what was once perceived to be the end of the world. If Camino I was a bit of healthy ‘diversion’ around a meet-up with old friends, Camino II was the closest I have ever come to a life-changing experience accomplished in four and a half days – a magnificent three-way marriage of landscape, people and food. Though I set out on my own, I had some delightful repeat encounters and a finale on the cliff with sunset, Galician wine, cheese and fresh bread. You can do a little ritual – and we did – to burn your troubles and leave behind the shoes you walked in. The sound of Galician pipes drifted downwind from a little souvenir shop close to the lighthouse. Although short of the normal qualifying 100 Km, it nevertheless earns a compostela.

My latest attempt was what my friend called an ‘onimac’, because I decided to do it back to front, from Santiago to Porto (the Coastal Route of the Portuguese Way; there are many ways of doing this!). Camino III was a fairly random, goal-free amble along the Atlantic Ocean, with few encounters, even fewer pointers to identify the route. I took the bus every time my blisters flared, took fabulous pictures of the two highlights for me, the hilltop Celtic settlement at A Guarda, at the southernmost tip of Galicia/Spain where the River Minho meets the sea, and the gorgeous Portuguese town of Viana do Castelo, with its mountaintop view of the sandbanked River Lima, the bridge built by Eiffel and the wooded coastline judged by National Geographic to be one of the three finest in the world. The next day I lost my camera, so these photos are from Camino I and II. 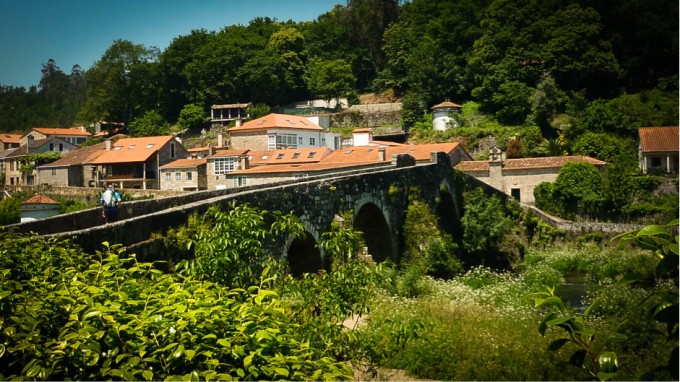 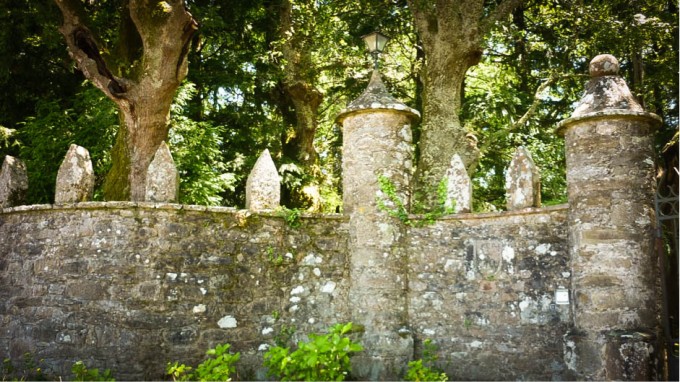 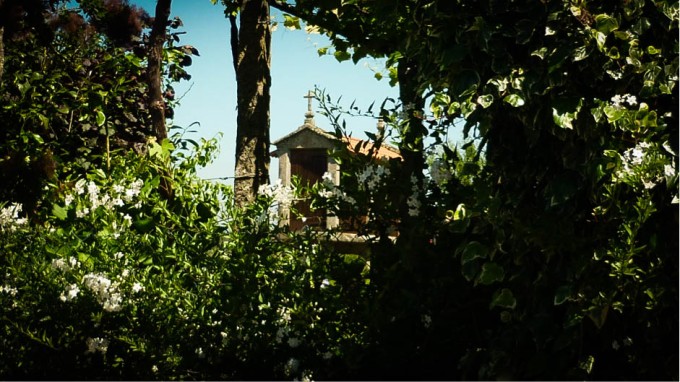 ← Eid Mubarak
A stroll around the souq →

2 Comments on “Of Camino De Santiago (and Onimac!)”