The word ‘bom’ in Portuguese  means ‘good’. Like ‘bon’ in French. But enough of MB’s language lessons!

In 1497 the Portuguese explorer Vasco Da Gama arrived in India. The largest city in Goa to this day is named in his honour. Thirteen years later, in 1510, a Portuguese Admiral called Afonso de Albuquerque invaded Goa at the request of a local Chieftain. A very similar tale to the ‘Strongbow’ story of Irish history which brought in the British.

The local Goan Muslim ruler called Ismail Adil Shah was whipped after two attempts and approximately 6,000 of his 9,000 troops were killed in the battle or executed afterwards. The Portuguese had now arrived and would remain in control until December 1961, long after the rest of India had achieved independence from Britain. The Indian army invaded in force on 16 December of that year and within a few hours (more or less) the Portuguese decided it would be a bad idea to pick a fight with one billion Indians. They surrendered on the spot. History repeating itself some three hundred and fifty years later. Only this time the Portuguese were on the losing side. MB is not sure if the event of his own birth on 15 August of that year had any influence on the events. It was pre the HX blog, so he doubts it.

Interestingly enough, Indian Independence (& MB’s birthday) is celebrated on 15 August each year. In all States except Goa that is, where it’s celebrated on 19 December.

When you invaded heathen lands back in the day, you ensured that the heathens had ample opportunity to follow the one true faith. So you built churches and brought in some of your finest priests. Offer the locals some bread to attend catechism classes and Sunday Mass. And hey presto, all is well. The natives thank you for the bread. You train some of their own to be priests and in a short while they all actually think they are Portuguese themselves. In the case of Goa it all worked out pretty much as planned. Today, both Goa, and Kerala further south, are the only Indian states with Christian majority. And incidentally, both are considered two of the best places to live in the entire country. Au natural! Evidence of Christianity is everywhere. Most shops or boats seem to be named in honour of Jesus, or St Anthony or Lourdes or other names of Christian context.

The Basilica of Bom Jesus (‘good’ or ‘holy’ Jesus in the Portuguese context – and more accurately describing the crucified Christ on the cross)  was started in 1595 and finished & consecrated in 1605.

Four hundred and ten years later, on 07 April 2015 – by coincidence the 509th birthday of the dead Saint who lies within (more below) – MB walked through the front door with family following behind. Canon 7D in hand. Ready to look and learn and take a few shots for the (HX) faithful.

The Basilica and surrounding area, which includes a cathedral (the largest Christian church in Asia), is a Unesco World Heritage site and is a truly great and interesting place to visit. The Basilica is most famous for holding the remains of St Francis Xavier (no relation of Xavier ‘Xavi’ Hernandez, the Barcelona midfielder). Numerous miracles are attributed to SFX, who was a close friend of St. Ignatius Loyola, founder of the Jesuit order.

It was discovered after the death of SFX, as his body was being returned over a period of time for his burial, that it was not decomposing in any way. And to this day it has not returned to ashes. The body has dried out – a bit like a dried lemon you might find in one of the spice markets in the Middle East or in Goa itself. And is visible in a glass fronted casket within the Basilica.

Every ten years the body is exposed for the faithful to venerate, touch and kiss. MB just missed the most recent exposition in December 2014 when some 9 to 10m Christian pilgrims attended the event, according to a report MB received during his visit. The lady who owns MB’s holiday accommodation informed MB that it was totally crazy in Goa for the few weeks the body was on display. Hotels and guesthouses were overwhelmed and people just slept on the roads or beaches or anywhere else they could throw themselves down.

The authorities now guard the body of SFZ during the ten-yearly events far more than they did in the past. Reason being that an India lady bit off part of the Saint’s toe a number of years back as she bent down to kiss the Saint’s feet. MB is not sure if the reason was was over-exuberant devotion or just plain hunger that caused her to do such a thing. But in any event, according to MB’s Goa landlady (a true font of Goa wisdom), and the guide who explained all to MB & family, there is no hope of future attendees eating any more of the Saint. Thank God/Masha’allah.

Some pics for the faithful: 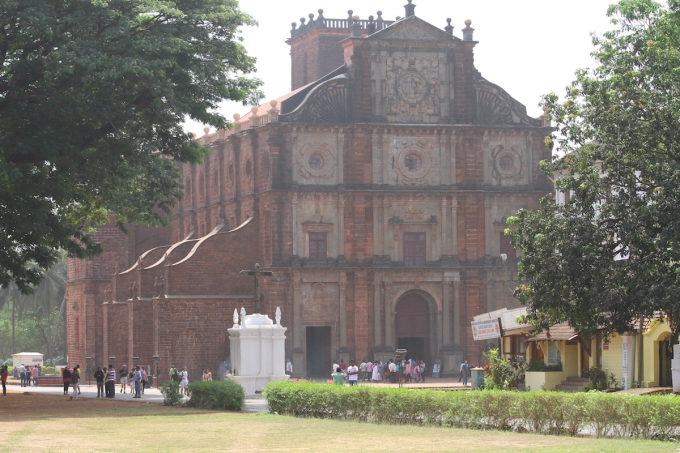 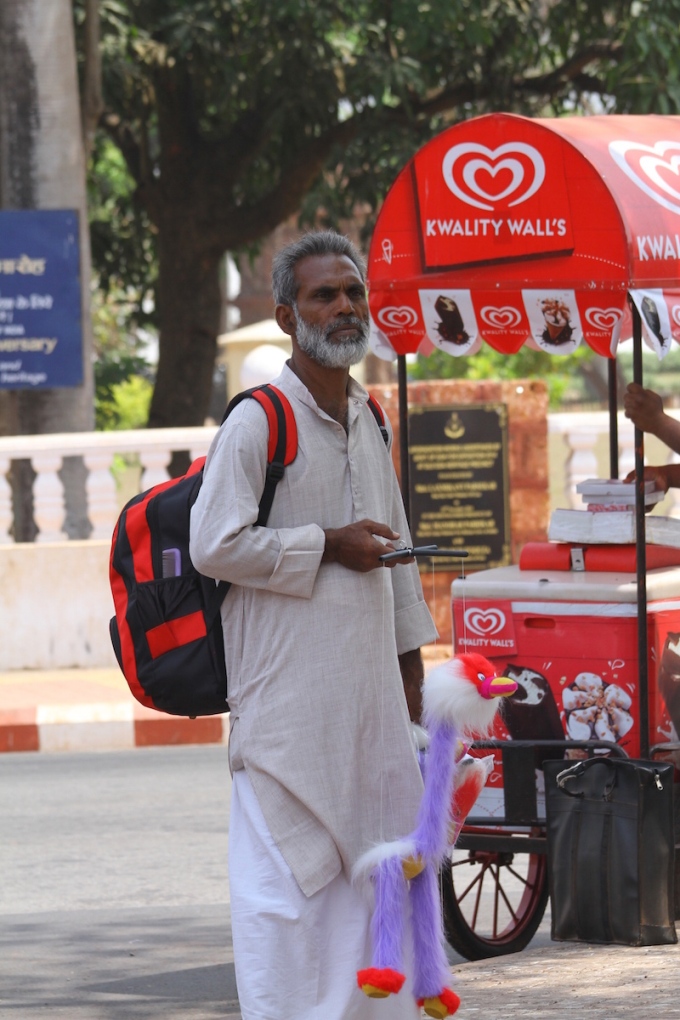 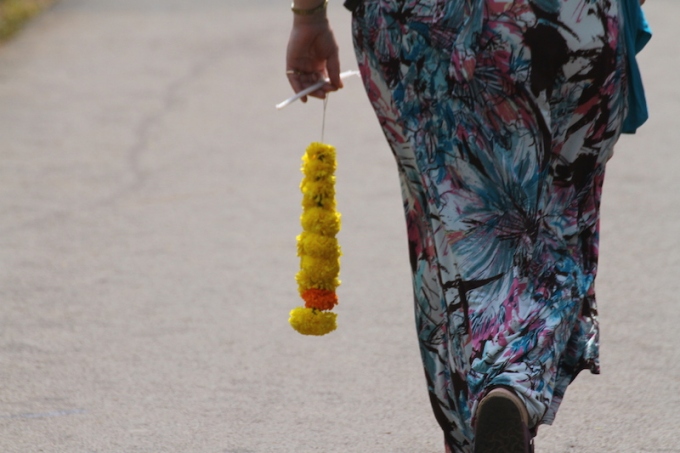 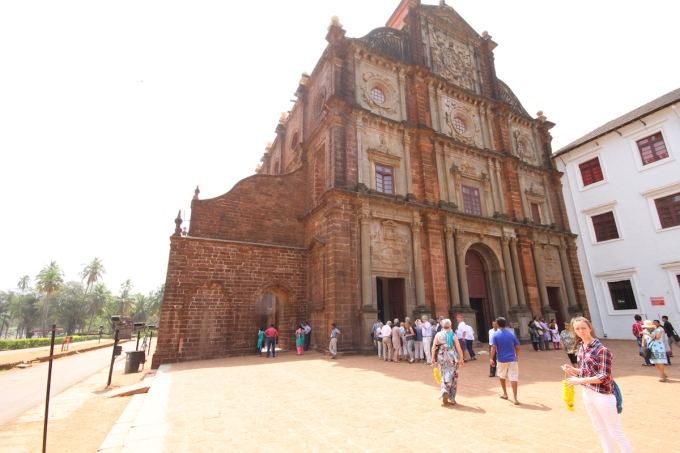 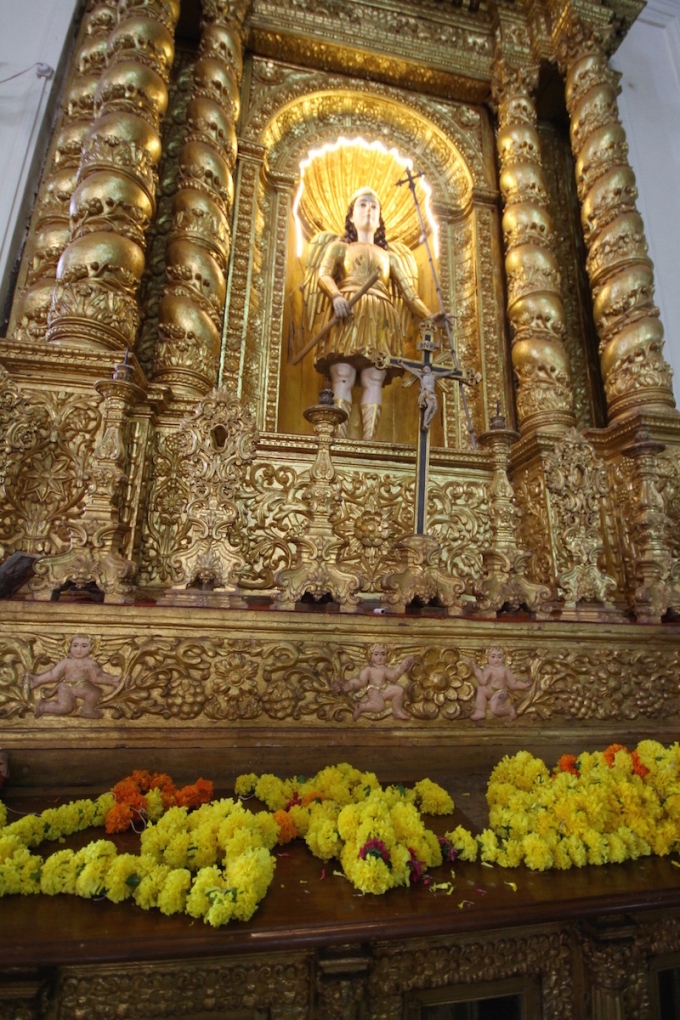 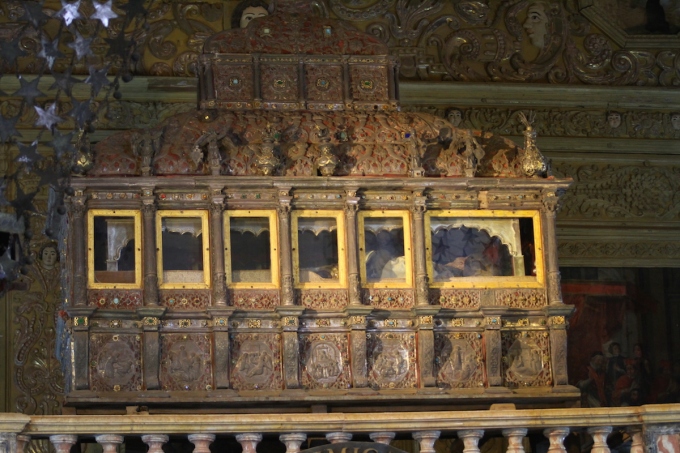 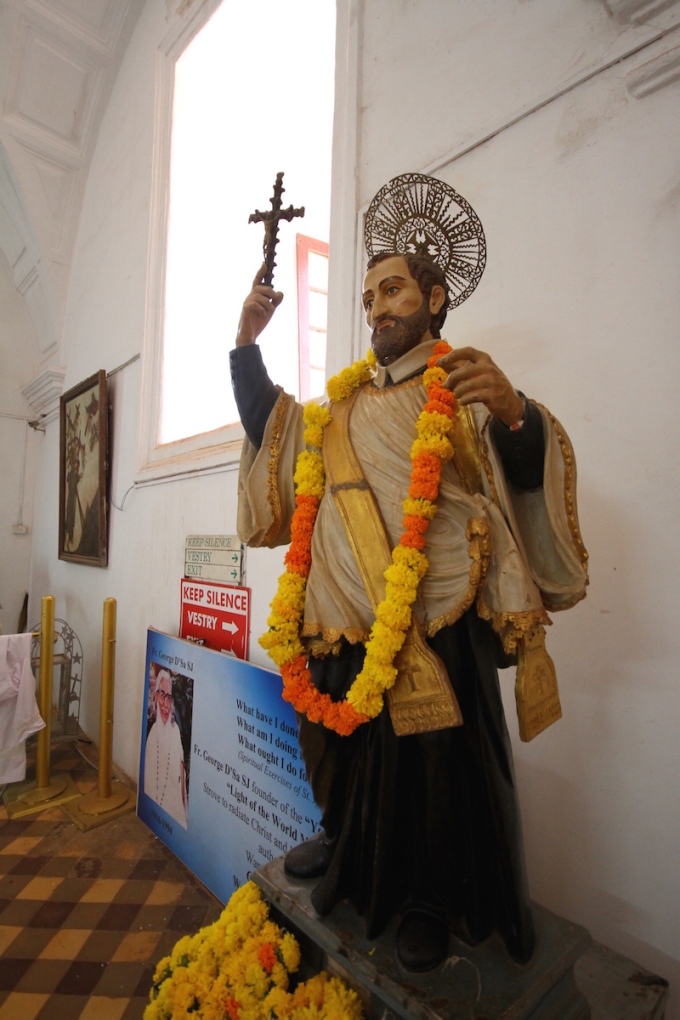 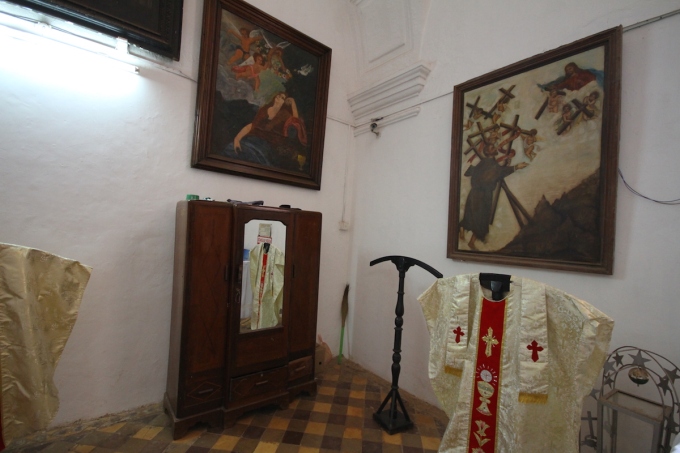 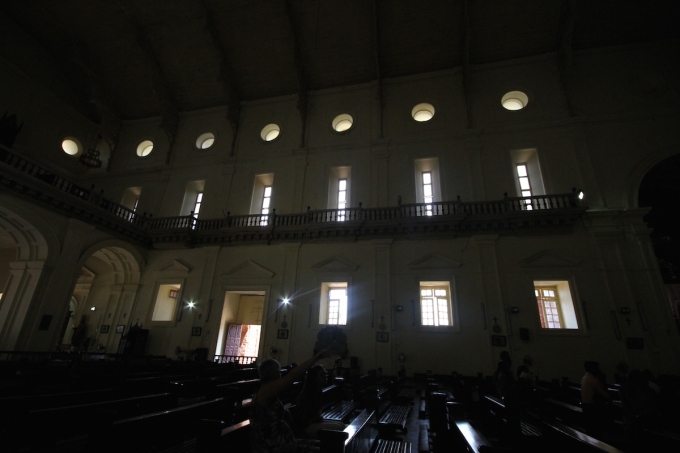 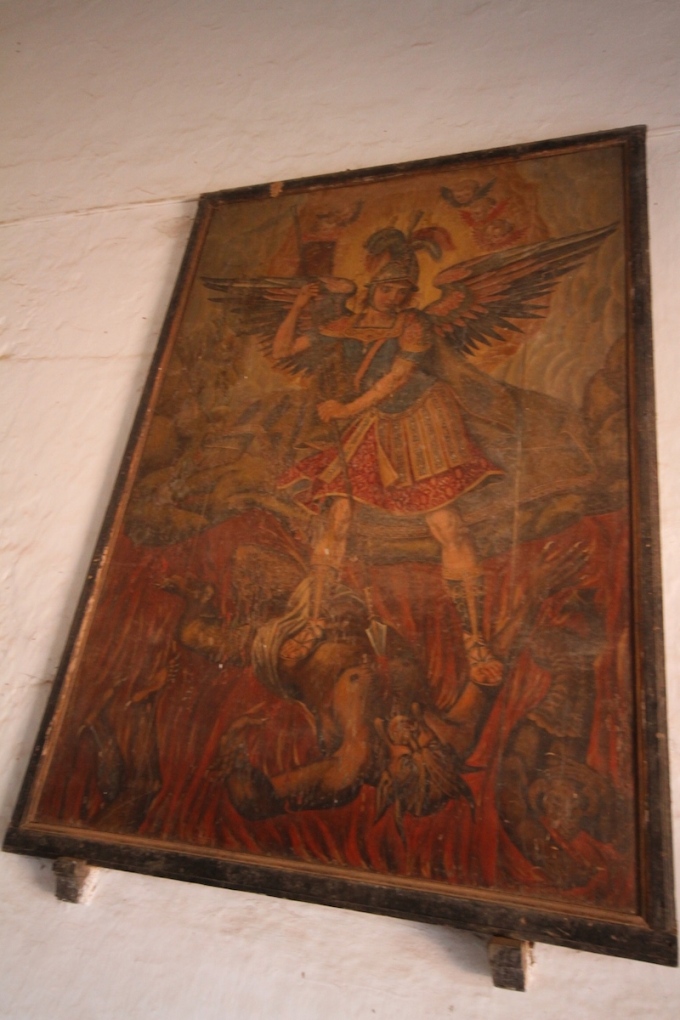 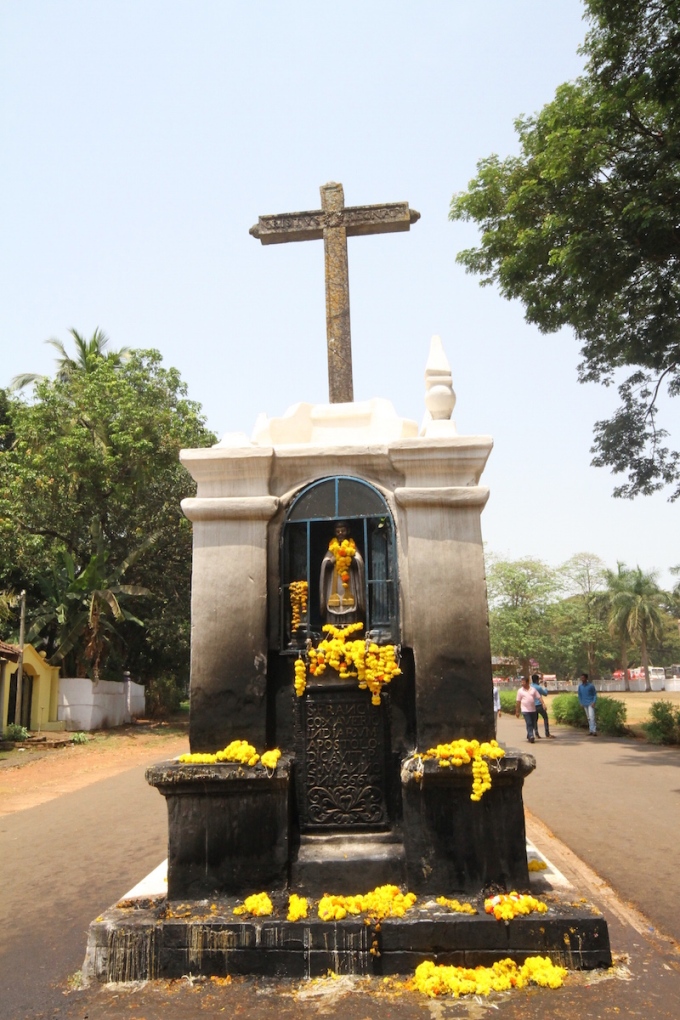