Museum of Islamic Art, Doha, Qatar – The Life of Pie

The Museum of Islamic Art is one of the most recognisable buildings in Doha and a must-visit destination for tourists to the country. The building has featured in previous HX posts, but MB took some new pics when out walking earlier this week which he gives you below. Check out the MIA website if you want to learn some more.

The story goes that the Chinese American Architect I. M. Pie (designer of the Louvre Pyramid etc) took a firm stance on his preferred location for the building when he visited Doha to do his investigations and surveys. He convinced the Museum authorities that his preferred location was actually in the sea, requiring the Qataris to carry out approximately 250,000 Sq M of land reclamation before they could even start the project! The finished structure is therefore almost completely surrounded by the water. Given the end result, the location has proven to be an ingenious decision.

The final product is a spectacular building which is just as impressive on the inside as it is on the out, maybe even more so. The Qatar Philharmonic Orchestra, which featured in MB’s recent posts Musik and Musik 2, occasionally play free shows there, as do other artists. R

Round the side and rear of the building lies one of the most impressive street parks in Doha, with children’s play area, lots of greenery, open-air cafe and separate shisha cafe, both having great views of the Doha/West Bay area on the opposite side of the Corniche.

So do not miss a trip to the MIA when you come visit MB in Qatar! 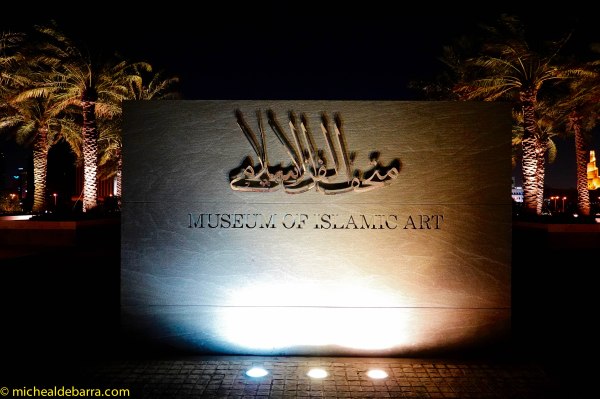 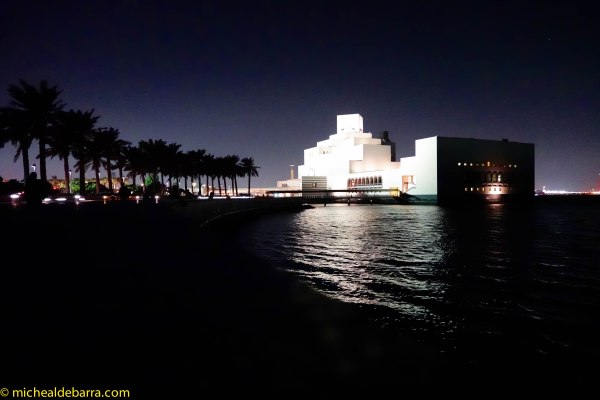 Leave a Reply to Life on the Heels Cancel reply