This week’s photo challenge phrase is one that MB was not previously familiar with. Perhaps because it’s purely an American phrase. Or perhaps, that phrase & MB’s paths just never crossed.

The phrase, according to Andrea who set this week’s challenge, means something that is distracting, like an American bird distracted by a shiny object (Irish birds just don’t get distracted – they are always focused and in ‘the zone’).

Anyway, MB got to thinking, what makes him distracted?

When he travels back to the Emerald Isle he is always distracted by the ruins of an old manor house anytime he drives past, known locally as ‘Croker’s, after the old boss man of the family who lived there. The ruin lies just across the road from the farmhouse where MB grew up.

There is a local saying back in HX-land – “I doubt it, said Croker” – which originates from a deathbed conversation that Coker had with his priest. The priest tried to console Croker in his final dying hours with the soothing words – “At least you will be going to a better place”. To which Croker famously replied – “I doubt it”.

Herewith, a shot of the ruin which MB took from the nearby wooded area along the Grange/HX road during his trip home last May: 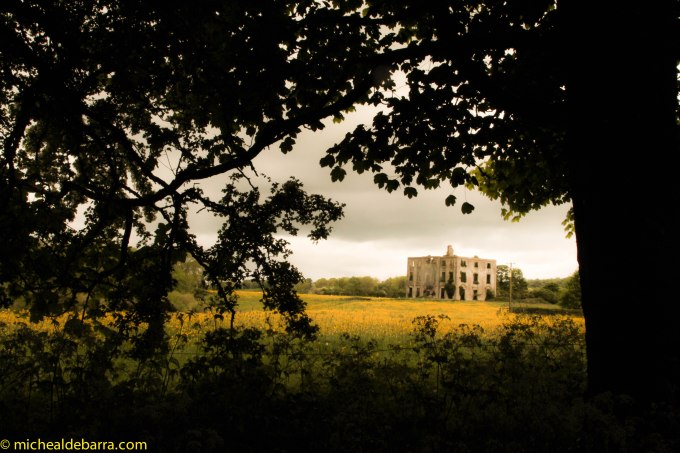