MB was taken on a speed-of-light tour of some Moscow Metro stations last weekend by Russian friend NK. MB had previously heard that the Moscow stations were architecturally impressive. ‘Impressive’, MB can assure followers, does not do justice.

For example, where there are art features on a wall or ceiling within the stations, they are generally done with coloured mosaic tiling. And if there are, say, fifty mosaic ‘paintings’ on a station ceiling, then all the paintings will be unique, with none being repeated. Also, unlike many metro systems around the world, the Moscow Metro System is spotlessly clean and fresh-smelling.

For the record, the stations visited by MB were as follows:

If any followers are travelling to Moscow and would like to know which photos belong to which station, then MB can let you know when he has some free time. Also, please note that there are organised tourist tours of the Metro system if that’s your fancy.

This is a photo overload post, MB is afraid. But what to do?! At least followers are only receiving 46 photos, and not MB’s entire Moscow Metro photo library. 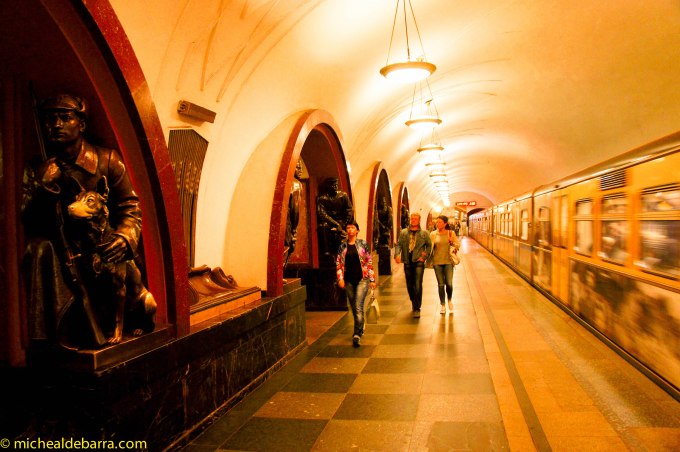 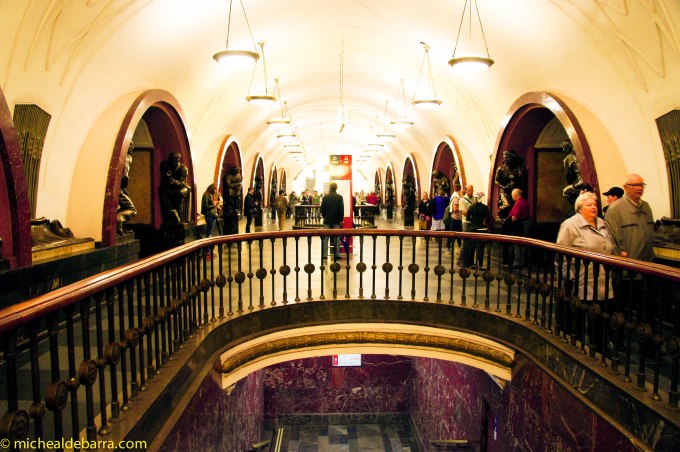 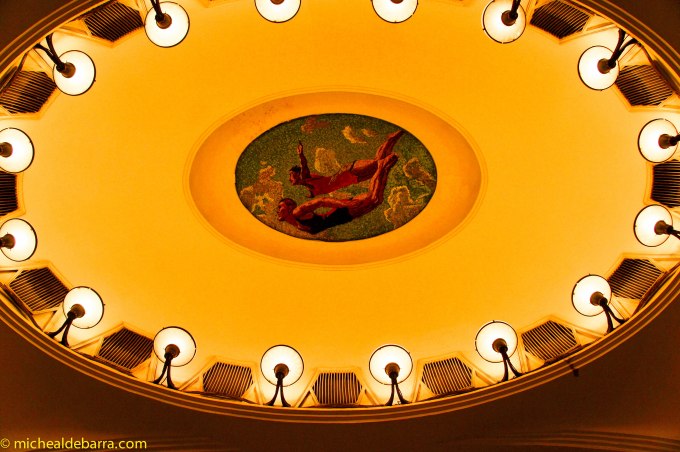 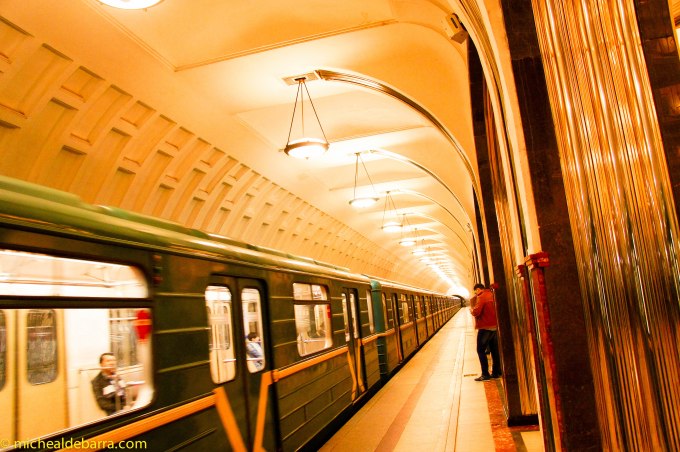 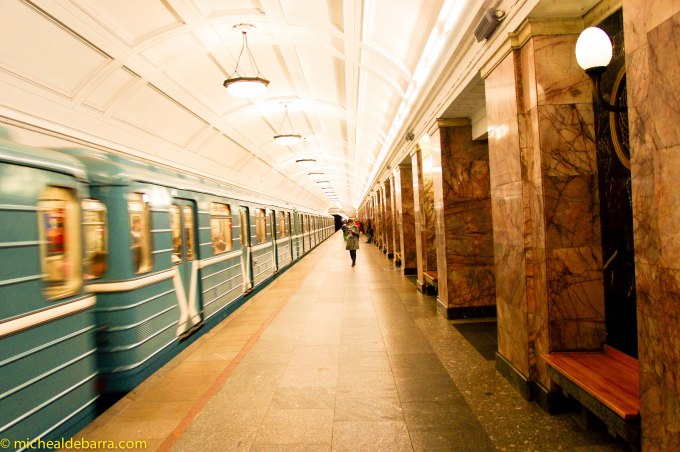 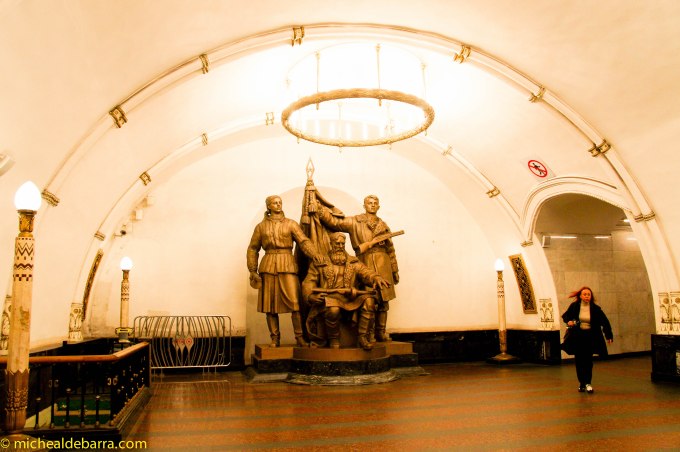 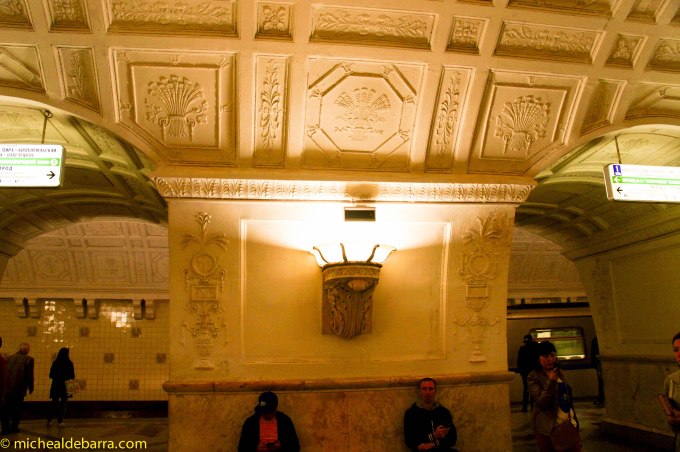 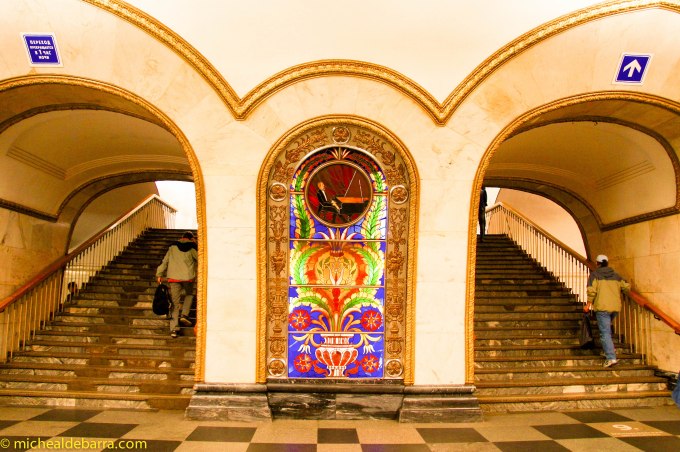 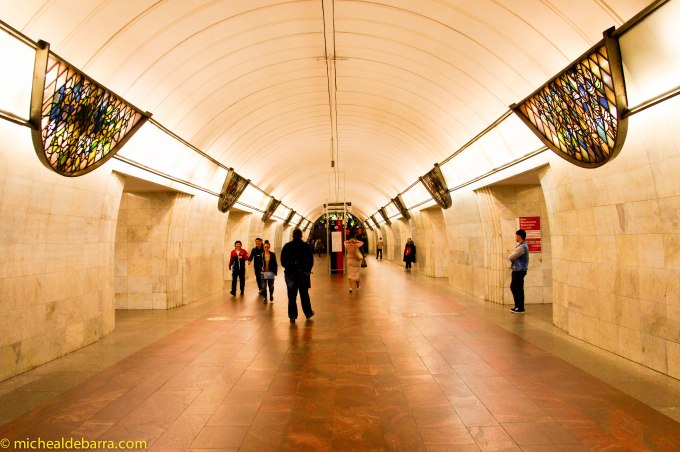 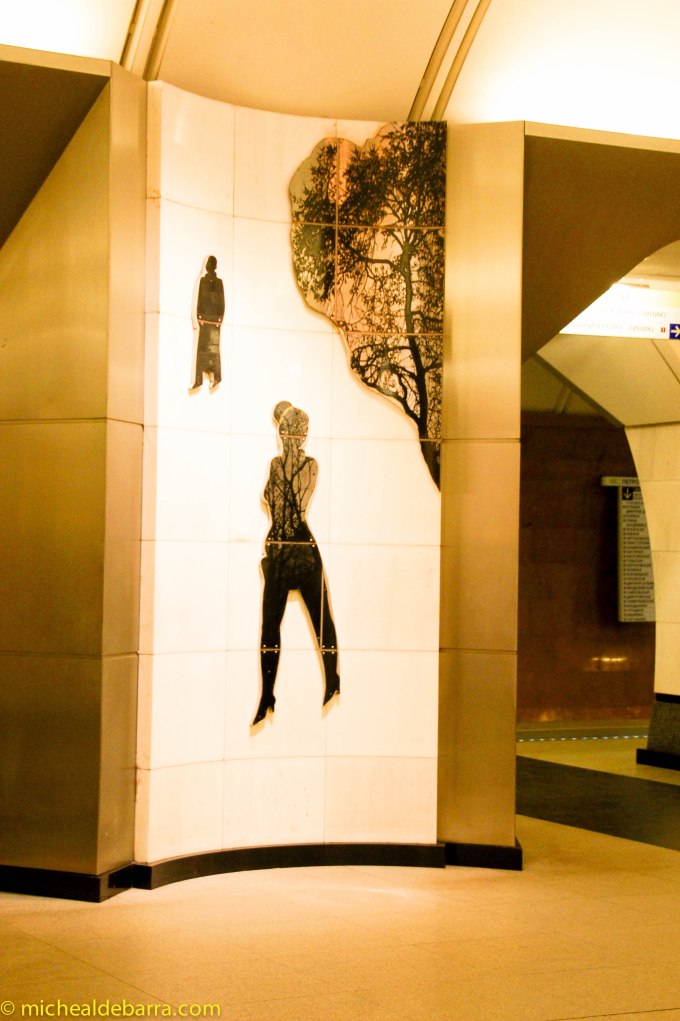 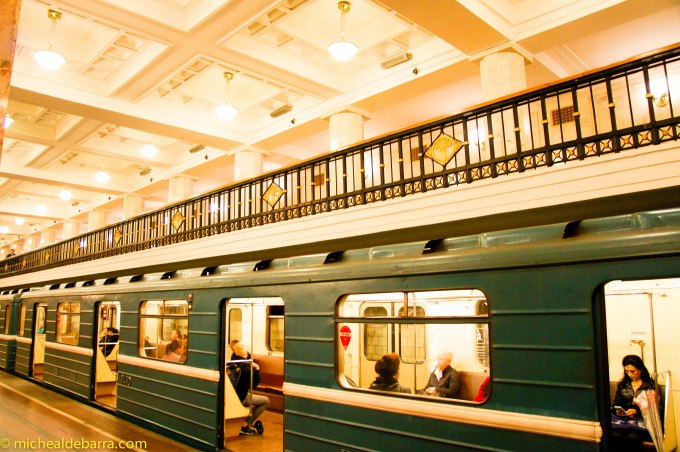 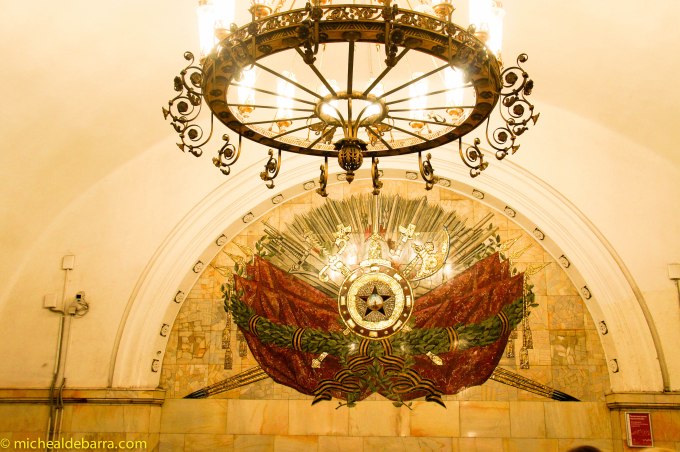 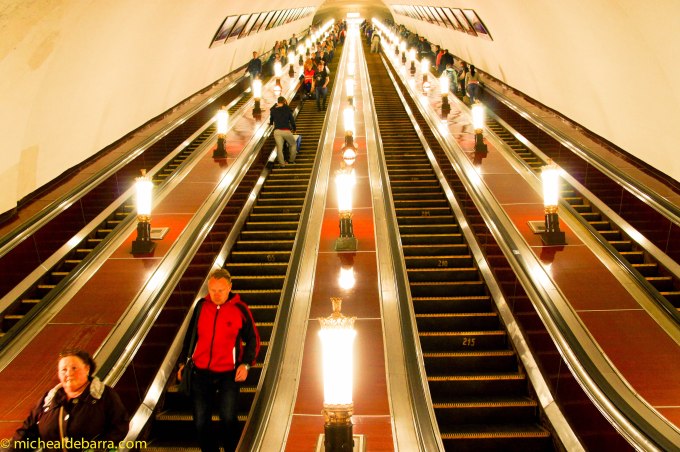 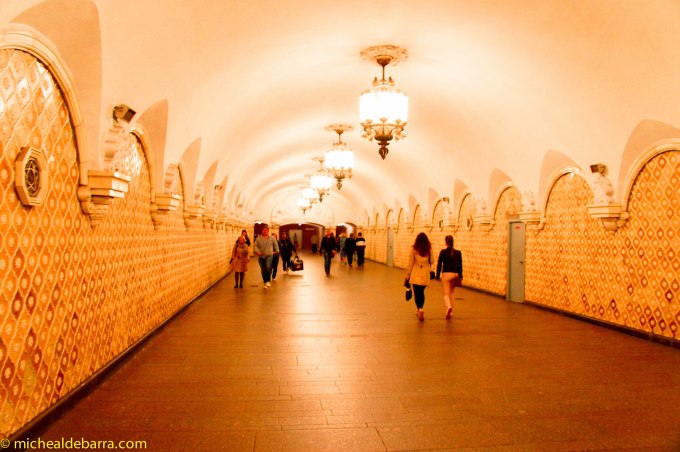 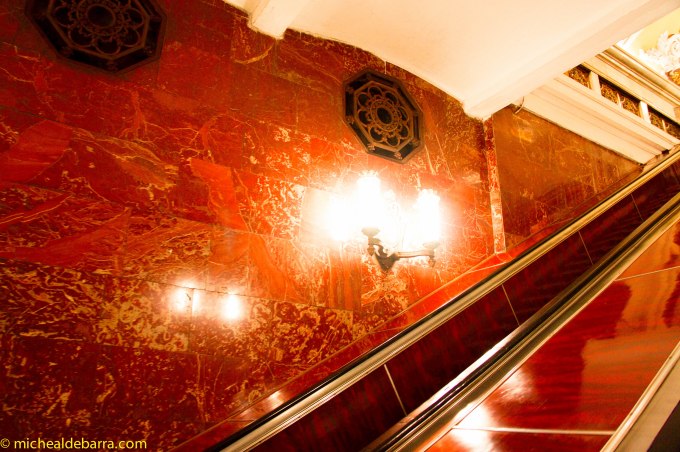 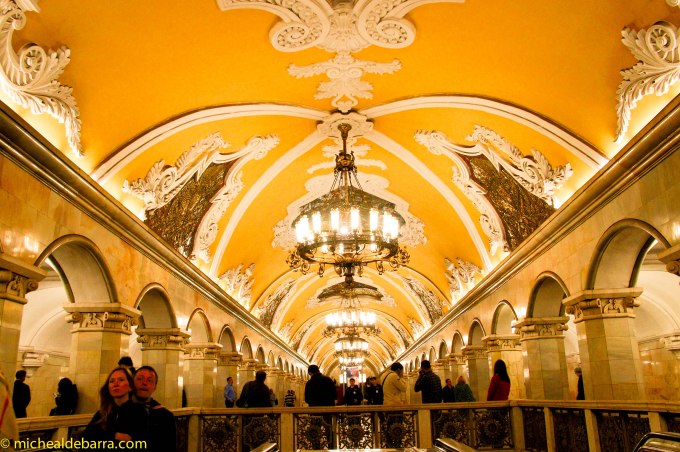 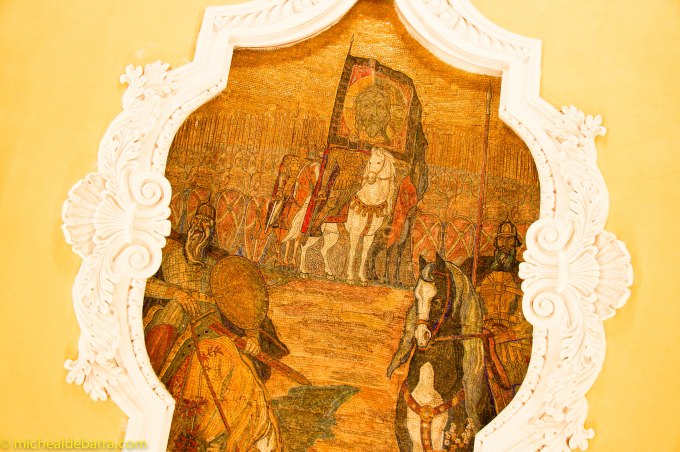 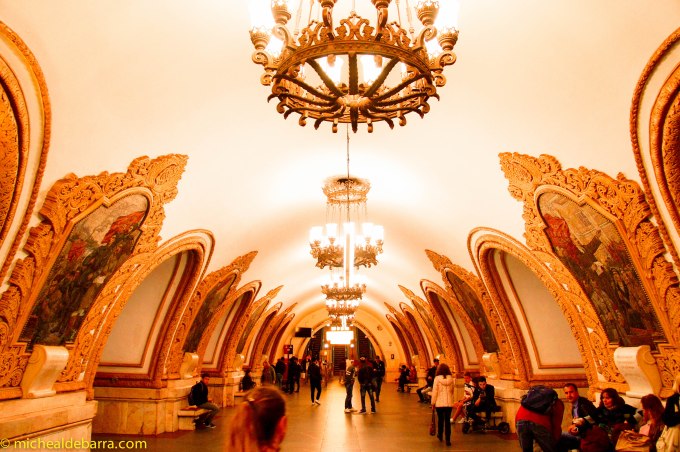 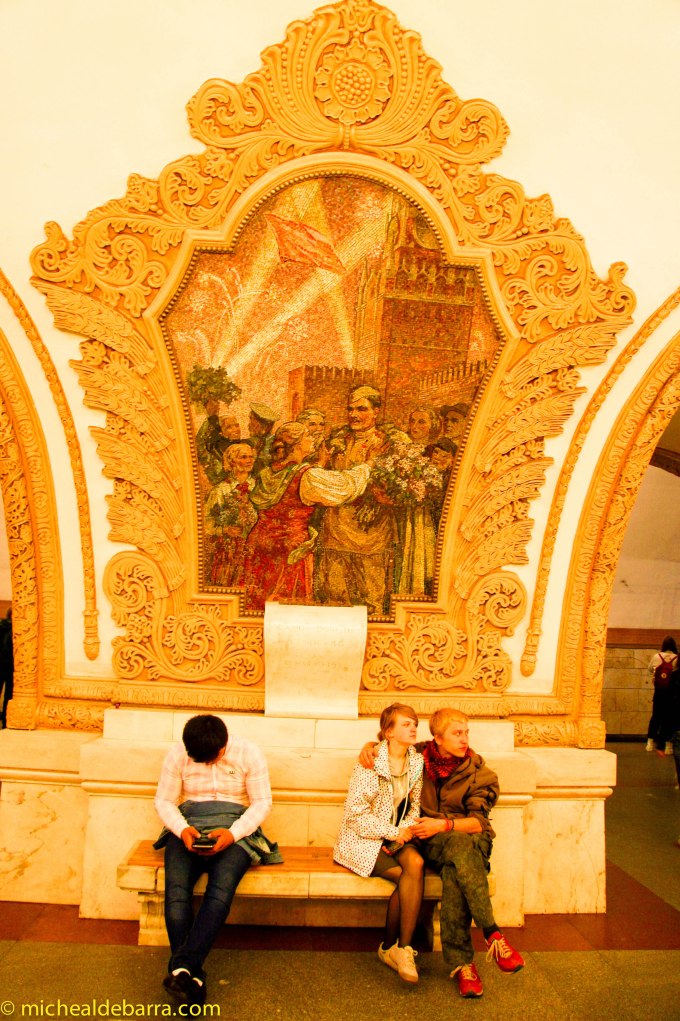